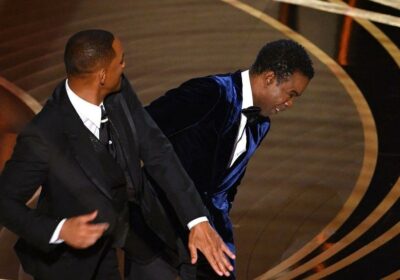 Will Smith has responded to his 10-year ban from the Oscars.

Yesterday, the Academy revealed dramatic consequences for the actor, who slapped Chris Rock onstage at the Oscars ceremony in Los Angeles on March 27.

It was revealed while he is allowed to keep the Oscar he won on the night, he will be banned from attending any Academy events for the next decade.

In a statement, the Academy described the decision – which was reportedly as struggle to make – as a "step toward a larger goal of protecting the safety of our performers and guests, and restoring trust".

Addressing its decision in a new statement to The Washington Post, the actor said: "I accept and respect the Academy’s decision."

Smith resigned from the Academy on April 1, five days after the incident.

In his resignation letter, Smith commented: "I have directly responded to the Academy’s disciplinary hearing notice, and I will fully accept any and all consequences for my conduct.

"My actions at the 94th Academy Awards presentation were shocking, painful, and inexcusable.

"I betrayed the trust of the Academy. I deprived other nominees and winners of their opportunity to celebrate and be celebrated for their extraordinary work. I am heartbroken."

The decision came after a 54-person Board of Governors met to decide Smith's fate.

The Suicide Squad actor slapped the comedian, 57, across the face after he made a remark about his wife Jada Pinkett Smith's hair – which she saved off as a result of her alopecia.

A statement issued by the Academy read: "The 94th Oscars were meant to be a celebration of the many individuals in our community who did incredible work this past year; however, those moments were overshadowed by the unacceptable and harmful behavior we saw Mr Smith exhibit on stage.

"During our telecast, we did not adequately address the situation in the room. For this, we are sorry. This was an opportunity for us to set an example for our guests, viewers and our Academy family around the world, and we fell short – unprepared for the unprecedented."

It continued: "The Board has decided, for a period of 10 years from April 8, 2022, Mr. Smith shall not be permitted to attend any Academy events or programs, in person or virtually, including but not limited to the Academy Awards.

"We want to express our deep gratitude to Mr. Rock for maintaining his composure under extraordinary circumstances. We also want to thank our hosts, nominees, presenters and winners for their poise and grace during our telecast.

"This action we are taking today in response to Will Smith’s behaviour is a step toward a larger goal of protecting the safety of our performers and guests, and restoring trust in the Academy. We also hope this can begin a time of healing and restoration for all involved and impacted."