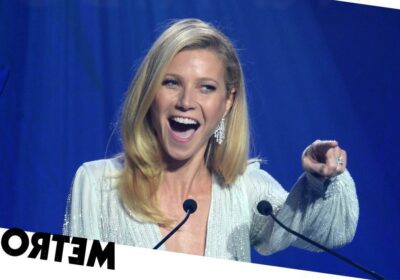 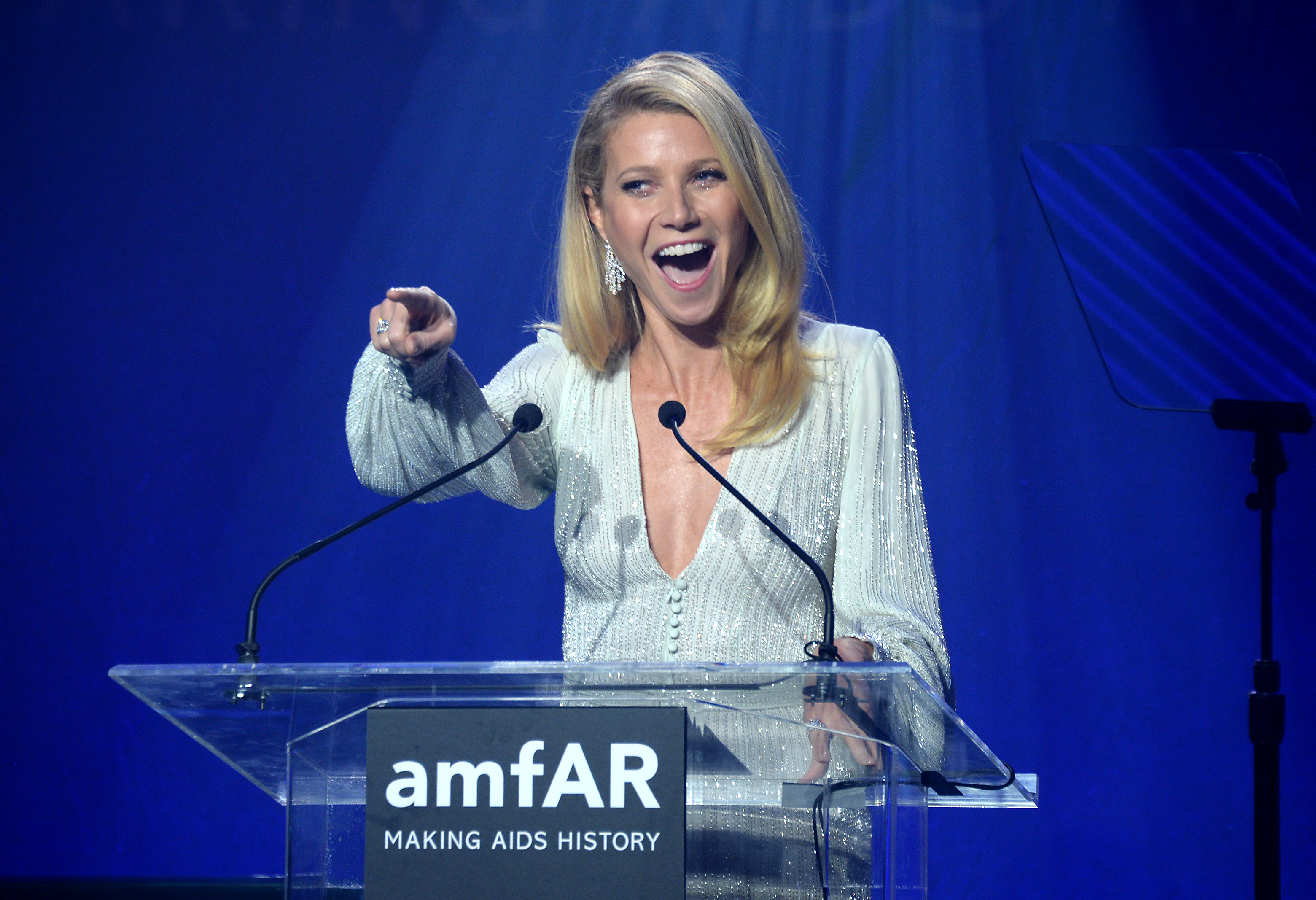 Over the years Gwyneth Paltrow has forged a platform in the world of ‘wellness’ as some sort of oracle for all things health and happiness through her lifestyle platform Goop, which launched in 2008.

While it’s got a funny name and some rather lovely, albeit wildly expensive, items for people to use in a quest of bringing some light to their lives, the actress’ questionable advice on all things, from vaginal steaming to only using sunscreen ‘as a highlighter’, has been highly criticised over the years. Also, ‘sex dust’ (don’t ask).

Perhaps a little fed up with the kind of platform these sorts of unfounded views are given, the NHS even urged the star to stop spreading misinformation amid the coronavirus pandemic, after she suggested that ‘long-Covid’ symptoms were treatable with a combination of ‘intuitive fasting’, herbal cocktails, and visits to an infrared sauna.

This week the Avengers star yet again courted controversy when she suggested she’d gone ‘totally off the rails’ after finding herself eating bread and drinking alcohol every night.

Hun, it’s lockdown – be kinder to yourself.

While we hardly condone binge drinking (which the NHS considers to be six or more standard units in one sitting for women, and eight for men) Gwyneth wasn’t sinking multiple WKD’s over a vegan dinner (it was ‘two whiskey cocktails’). And we must stress the idea that you’ve somehow failed because you eat bread each day is something that well and truly needs to be thrown in the bin with your jade eggs.

Here are some of Gwyneth’s tidbits and teachings over the years that many have encouraged fans to take with a grain of salt.

One of the big ones that really kick-started Goop’s famous advice. In 2015 Gwyneth revealed she had regular Mugwort V-Steam treatments at the Tikkun Spa, in Santa Monica – yes on her nethers.

Well, because it ‘cleansed’ her lady garden and provided an ‘energetic release’ as the star previously wrote on her lifestyle website: ‘It is an energetic release – not just a steam douche – that balances female hormone levels.’

Fans of the treatment claimed that vaginal steaming ‘cleanses the uterus’ (the steam would have a hard time getting in there), detoxes the vagina, rebalances hormones, tightens the vagina, reduces cramps, and even provides people with more energy.

All evidence points to these claimed benefits being total nonsense.

And not only is there no scientific backing to suggest that vaginal steaming is beneficial in any way, but aiming steam at your vulva can be harmful

According to Goop, Gwyneth is a huge fan of earthing – also called grounding – which is literally just walking without shoes.

Goop does specify that the advice was ‘not, nor is it intended to be, a substitute for professional medical advice, diagnosis, or treatment’.

However, we’re going to hammer home the idea that grounding and earthing is not a cure for depression or any other mental health condition.

Jade eggs up your vagina

‘As for female energy? I’m a gynaecologist and I don’t know what that is. How does one test for it? Organically sourced, fair trade urine pH sticks coming soon to Goop for $77 I presume?’

After Gwyneth said she embarked on a ‘keto and plant-based’ regime, with no sugar and alcohol, and fasting until 11am in order to treat symptoms of ‘long-Covid’, Professor Stephen Powis, national medical director for NHS England, warned that ‘serious science’ should be applied and ‘influencers’ have a responsibility for what they promote.

Responding to her healing plan, Powis said: ‘In the last few days I see Gwyneth Paltrow is unfortunately suffering from the effects of Covid.

‘We need to take long Covid seriously and apply serious science. All influencers who use social media have a duty of responsibility and a duty of care around that.’

$120 ‘healing’ stickers ‘made from space suits’

Experts were quick to brand purported ‘healing’ stickers no more than expensive plasters after Goop flogged the items, which could cost up to $120 (£85) a packet.

The stickers, called Body Vibes, were touted as a product to hydrate, detox, boost mood, and improve sleep – as well as ‘better your self love’ – with ones available for your skin, hangovers, focus, endurance and anxiety.

It was also claimed the stickers were made of ‘the same conductive carbon material Nasa uses to line space suits’.

Body Vibes later released a statement apologising for the ‘miscommunication’ after it was confirmed they were not made of such material.

In a statement to Insider, Goop also said: ‘As we have always explained, advice and recommendations included on Goop are not formal endorsements and the opinions expressed by the experts and companies we profile do not necessarily represent the views of goop. Our content is meant to highlight unique products and offerings, find open-minded alternatives, and encourage conversation.’

Getting stung by bees wards off inflammation and scarring

Gwyneth claimed she deliberately got stung by bees because it rids the body of inflammation and scarring.

Speaking about the apparently age-old process to the New York Times in 2016, she said: ‘I’ve been stung by bees. It’s a thousands of years old treatment called apitherapy.

‘People use it to get rid of inflammation and scarring. It’s actually pretty incredible if you research it. But, man, it’s painful.’

Researchers previously branded the practice ‘unsafe and unadvisable’ after a Spanish woman, who was previously tolerant of bee venom, died during a session after developing a severe reaction.

Some benefits have been reported, however these are mainly anecdotal, with experts warning, as per BBC: ‘The risks of undergoing apitherapy may exceed the presumed benefits…’