The Kardashians used to be cool with Blac Chyna, but not so much anymore. They began feuding in the mid-2010s and the tension has only escalated over the years.

But we never really hear the Kardashians say anything about the drama — and that’s apparently for a reason. Below, let’s talk about the reported reasons why they’re feuding and the alleged reason the Kardashians keep their comments on the beef to a minimum.

Why are the Kardashians feuding with Blac Chyna?

The beef dates back to 2014 when Kylie Jenner reportedly began dating Tyga, who had previously been in a relationship with Blac Chyna.

Though Chyna claims Tyga did not cheat on her, she reportedly said on The Wendy Williams Show that Jenner “expedited” their breakup. As the romance took off, the two women began snubbing each other online. Naturally, the Kardashian sisters got caught in the crosshairs and started pushing back against The Real Blac Chyna star.

Amid the back and forth, Chyna started dating Rob Kardashian in January 2016 — much to the chagrin of the KarJenner family. The relationship produced one child, Dream, and a reality show, Rob & Chyna, before the couple broke up for good in July 2017.

In 2017, Chyna filed a lawsuit against the family over “claims of assault, battery, domestic violence, defamation and interference with prospective economic relations,” according to Page Six. She claims in the lawsuit that Rob abused her in their relationship and that the Kardashians conspired to have Rob & Chyna canceled. The family denies her claims. (Khloé Kardashian did, however, confess in a 2017 interview that Rob & Chyna is her least favorite E! series.)

As the legal battle continues to play out, the Kardashians have kept their comments on the drama to a minimum. Even after Rob reportedly filed court documents in January seeking primary custody and claiming that Chyna had become a threat to Dream, the family kept quiet. Although they reportedly refuse to broach these subjects, sources recently shared the rumored reason behind their silence, and it’s actually pretty mature. 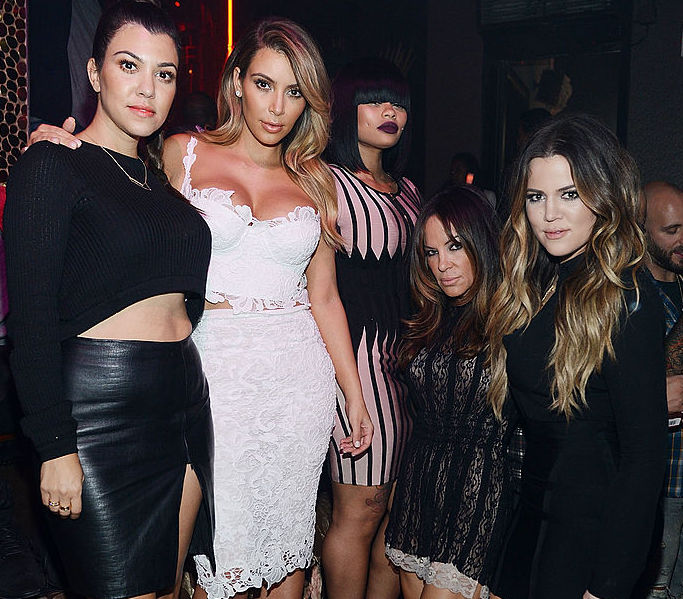 A source told HollywoodLife on Feb. 4: “The Kardashians really keep their true feelings on Blac Chyna and the situation with Rob to themselves [within the family].” They’re allegedly trying to keep things peaceful (at least on the surface) for the sake of Dream.

“You will never hear them say anything about her out of respect to Dream,” the source went on, adding, “They treat Dream just like they treat every single other niece and nephew in the family despite the fact that they don’t have a relationship with her.”

“They are so good to Dream and include her in everything and love on her the same as all the other kids,” the source continued. “Despite all of the drama with Rob and Chyna, they always have their brother’s back, but they stay out of it all and just love on Dream and support Rob. They do not talk about Blac Chyna ever.”

Happy birthday Rob!!!! This year is YOURS! I can’t wait to see all you conquer! Seeing you as a father has been so rewarding! You’re an incredible father, brother and friend! I can’t wait to raise our daughters together! I love you Bob 💙

It sucks to see people with familial ties reportedly have such a bad relationship. But at least they’re putting in some effort to keep things cool. Maybe they can get to an even better place one day.