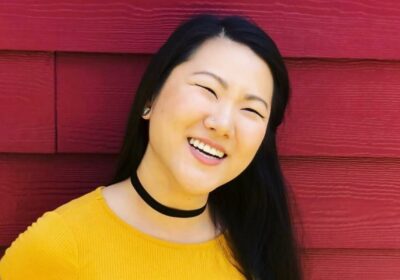 Authorities have found human remains in the search for Lauren Cho in California’s Yucca Valley, the San Bernardino County Sheriff’s Department announced Sunday. But it still may be awhile before Cho’s family knows for sure if it’s her. According to police, the identification process could stretch into late October. “The scientific process to identify remains can be a lengthy process and is dependent on many factors,” a spokesperson for the San Bernardino sheriff’s department told Rolling Stone. “This being said, it could take a few days or several weeks.”

The expediency of body identifications depends on various factors, according to Victor Weedn, Maryland’s chief medical examiner. A driver’s license or a confirmation by a relative can be among the quickest ways. Other times, like in cases of mass casualties from a disaster, scientific methods may be needed, like using fingerprints, dental records, or DNA testing. “It could be so many different factors,” says Weedn of the potential weeks-long identification process. “They could be waiting on trying to get in touch with some relatives… It could be that there is significant decomposition or or fragmentation…. They also might be trying to lower expectations. I guess what it does suggest is that it wasn’t an easy identification.”

Cho, a chef, singer, and artist, was last seen on June 28th at a rental property in a part of the California desert between San Bernardino and Joshua Tree National Park. According to police, her friends said she became “upset and presumably walked away from the resort, leaving behind her personal belongings.” A person police describe as Cho’s ex-boyfriend reported her missing around three hours after she disappeared and according to authorities he “indicated she was suffering from mental distress.” He said she left without food, water, or her phone.

Cho’s case has garnered increased attention when the media fervor over the disappearance and search for Gabby Petito prompted a discussion of “missing white woman syndrome” and the lack of similar public support and urgency in cases of missing black and indigenous people and other people of color. Petito was found murdered in September near a Wyoming campground after disappearing during a cross-country roadtrip with her fiancé Brian Laundrie — who has since vanished from his parents’ Florida home and is a person of interest in her homicide. Petitos’ remains were found on Sunday, September 19th, and identified two days later. Asked whether urgency ever plays a part in the speed of identifying a body, Weedn says yes. “Oh, it probably does. I think it’d be unrealistic to to say that it didn’t,” he says. “But I’m sure that depends upon the jurisdiction and all the stuff going on, and it’s not necessarily about the person. It may be that we as a community, tend to be under-resourced, some more so than others. You know, there’s a lot of vagaries to how these things go forward.”

Another case that got more notice in the aftermath of the search for Petito was that of Jelani Day, a black graduate student who disappeared under mysterious circumstances in August and whose body was identified September 23rd, nearly three weeks after authorities pulled it from the Illinois River on September 4th. While several people on social media have questioned why it took so long, Hallie Bezner, a lawyer for Day’s mother, says it was mainly because the body was so badly decomposed. At first, they tried to match the remains to Day’s dental records, but the records they had were too outdated. “They were not able to make the match, so they had to do DNA testing, and that alway takes a long time,” Bezner says. “My understanding is they needed to send a bone out to the lab and they had to dry out the bone and extract DNA from the marrow.” At the same time, Bezner thinks police should have acted more quickly after Day’s car was found abandoned on August 26th, two days after his mother reported him missing. “Why did it take 11 days to go search the river?” Bezner asks. “What state might the body have been in if we’d found him eight days prior? Could we have found out what had happened, and not put the family through weeks of not knowing?” No cause of death has been released. Authorities are continuing to investigate.

Meanwhile, Cho’s family and friends continue to await the results of the sheriff department’s findings in the Yucca Valley. In the weeks after her disappearance, authorities searched the surrounding mountains by foot and using planes, while friends and volunteers looked for her independently. “We have gone thousands of miles and tirelessly went to gas stations and pasted up flyers in the low desert, the high desert,” a friend, Jeff Frost, told reporters. “We went out to San Diego because she said in the week before she disappeared that she just wanted to go to the beach.”

Authorities also executed a search warrant on July 31st at a Yucca Valley property where Cho was last seen. Police said she was staying at a property called The Whole, which records indicate is owned by filmmaker, Italian prince, and ex-husband of Olivia Wilde Tao Ruspoli. Cho was reportedly working there as a private chef. Ruspoli operates several Airbnbs in the area, according to the vacation rental website, including several at Bombay Beach, home to a community of artists on the shores of the Salton Sea. He did not respond to a request for comment.

The Salton Sea is a bizarre landmark, formed by human error in the early 1900s, when a breach of a Colorado River irrigation canal diverted water into a deep basin. Bombay Beach was a major resort town in the mid-twentieth century, but as it grew oversalinated and polluted from farmland runoff, wildlife died off in droves and the thriving town saw a mass exodus. Today the population is just a few hundred people, but it nurtures a reputation as a quirky artists’ enclave. Anthony Bourdain visited a bar there for No Reservations in 2008, and in 2015 Ruspoli co-founded an art, music, and philosophy festival known as the Bombay Beach Biennale. The event’s website promises to turn “abandoned housing, vacant lots, and decaying shoreline into a unique canvas for creative expression.”

It was in this desert artists’ mecca where Cho and her friend and former romantic interest first lived when they arrived in California from New Jersey in December 2020, according to an interview with Cho’s travel companion, Cody Orrell, in the local newspaper the Hi-Desert Star. The pair had driven cross-country in a converted tour bus to chase dreams. Orrell and another friend told the paper Cho had become known for her cooking. She had aspirations of running a food truck from a converted school bus and began hosting dinners for the other artists in town to test out her recipes. That landed her an invite to work as a private chef at Ruspoli’s Airbnb in the Yucca Valley. Then, one afternoon, she was gone.

“There was a 10-minute window there and she evaporated,” Orrell told the Hi-Desert Star of his last time seeing her. The sheriff’s department found the yet-unidentified remains on Saturday during “an additional search and rescue operation in the ongoing search for [Cho].”