Home » Celebrities » Why Drew Barrymore Got Stood Up, According To An Expert

Why Drew Barrymore Got Stood Up, According To An Expert 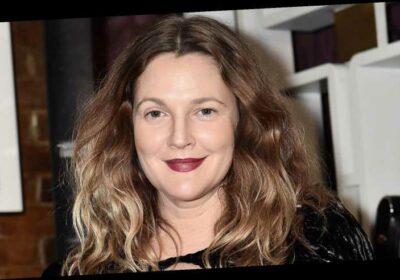 Dating is tough for many people, even the rich and famous. In theory, it would be so much easier to garner romantic attention as a celebrity, but that’s not always a guarantee for an actual love match. Drew Barrymore discussed her experience on the dating app Raya when she was on Watch What Happens Live in September 2020.

She confirmed that she did some a bunch of other famous people on the app, but she didn’t disclose any names. At least she acknowledged, “It’s not really fun to not say who they were but a lot of them [were on the app].” And even as someone who’s been famous for practically her whole life, the potential suitors impressed Barrymore, who commented, “It was like looking through an Us Weekly.”

Barrymore told Andy Cohen she did “terribly” when she attempted online dating, revealing, “I got stood up and I didn’t match with anyone.” After her friends encouraged her to give it a go, things didn’t go so smoothly, with Barrymore comparing the experience to a “car wreck.” When Cohen asked if she “got stood up by a celebrity,” Barrymore divulged, “No, I got stood up by a guy who owned a restaurant.”

Yes, even the romantic-comedy queen can get rejected in real life. However, it probably has nothing to do with her, according to Susan Trombetti, matchmaker and CEO of Exclusive Matchmaking. Most likely, it was more about the guy than Barrymore, something that Trombetti explained exclusively to Nicki Swift.

There is no doubt that Drew Barrymore has a lot going for her, so when even she gets stood up for a date, it is clear that she’s just like the rest of the non-famous human beings in the world. Susan Trombetti, matchmaker and CEO of Exclusive Matchmaking, explained, “Most of the time, it has absolutely nothing to do with you, so you shouldn’t feel bad about it,” even though she admitted that it’s “hard not to do.” Trombetti remarked, “When you get stood up, your self-esteem takes a hit,” no matter how much logic a person can apply to the situation.

Trombetti shared, “In the case of Drew Barrymore, we can’t be 100% positive what happened. But my suspicions would be that he had cold feet because she was a celebrity.” She theorized, “He might have freaked himself out over the date.” It might actually have nothing to do with Barrymore’s fame, with Trombetti hypothesizing, “Maybe he was running late and was too embarrassed once he realized the time.” She added, “He could definitely have low self-esteem as well. Some people like the idea of someone agreeing to go out with them as a confidence boost but never intended to go out with the person.”

No matter what reason he had for flaking out, Trombetti emphasized, “It is always important to remember that when someone stands you up, it most likely has nothing to do with you.”

In response to Drew Barrymore’s admitted dating struggles, Susan Trombetti, matchmaker and CEO of Exclusive Matchmaking, shared some tips to avoid getting stood up. However, following her advice isn’t a guarantee that it won’t happen, with Trombetti advising people to “know this is going to happen and you can’t avoid it” sometimes, since “it’s just a part of dating.”  However, there are some warning signs that daters should take as a hint to go in another direction. Trombetti advised, “If someone hasn’t been exactly on time to begin with for your dates, you should cut it,” because that means they’re more likely “to stand you up sooner than later.”

Additionally, Trombetti warned, “If someone is consistently late it could be a sign, they will stand you up in the future.” She said to “avoid going out with flaky people to begin with.” If someone reschedules or “breaks dates often,” Trombetti recommends “don’t go out with them,” since the “next step is just not showing for the date.” She believes, “You deserve someone who sticks to the set plan. Someone that is always breaking the plans might eventually stand you up.”

While there aren’t many known specifics about Barrymore’s date that never happened, Trombetti’s words of wisdom are helpful for daters who don’t want to waste their time. Regardless, it is still possible to get ghosted if you are following the best advice, even if you’re Drew Barrymore.