Home » Why Are Washington, DC & Puerto Rico Not States? There’s A Lot To Unpack

Why Are Washington, DC & Puerto Rico Not States? There’s A Lot To Unpack 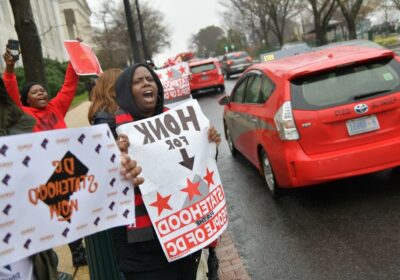 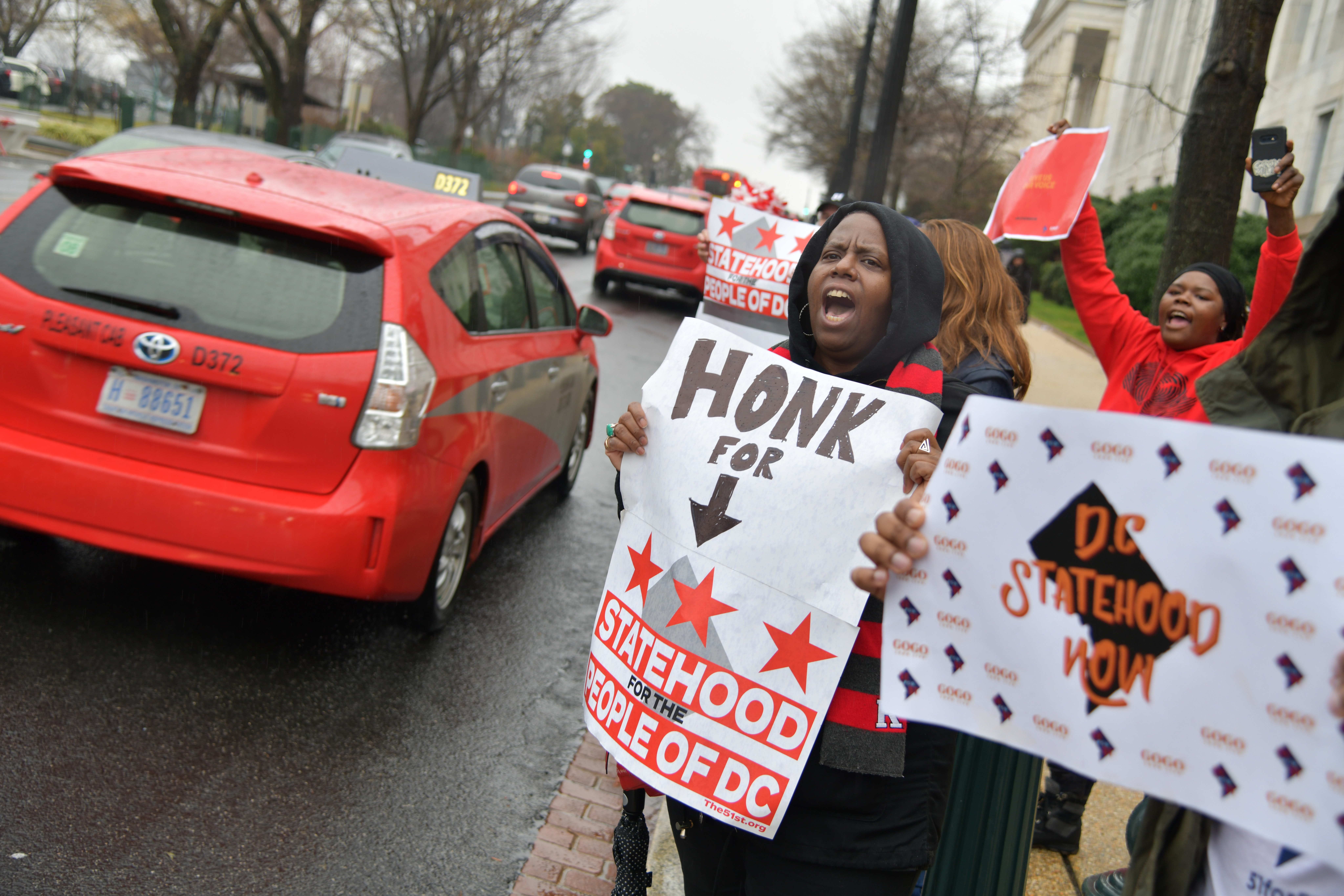 The United States of America has 50 states, but that number has grown over time — and it may grow again. On April 20, the White House announced its support for a House bill that would grant Washington, D.C. statehood and “long overdue representation in Congress.” Just two days later, on April 22, the House passed the bill, sending it to the Senate, where it will likely face an uphill battle. But for a country whose founding myth is the idea that all citizens should be represented politically, why is the idea of granting Washington, D.C., as well as territories like Puerto Rico, statehood such a contentious partisan issue? What would happen if either (or both) of these territories actually became states? Here’s what the experts have to say.

As of 2021, Washington, D.C. is classified as a federal district, meaning that residents are American citizens, pay American taxes, and are subject to American governance — but have little to no representation in Congress because their homes aren’t in an official state. Washington, D.C. gets to send one delegate to the House (none to the Senate) to introduce legislation and advocate on behalf of their residents. However, this delegate can’t vote on legislation, leaving D.C.ers without a voice on issues like health care, tax policy, natural disaster aid, pandemic response, and more — despite Congress having complete control over their local tax dollars.

“To this day, the House Oversight Committee approves the D.C. budget, reviews the District’s legislation, and can even overturn its laws,” says Lauren Pearlman, Ph.D., assistant professor at the University of Florida’s department of history and a specialist in urban policy and governance. Because D.C. is a federal district and lacks congressional representation, local lawmakers have to comply with federal spending laws, meaning “members of Congress can override the democratic will of Washingtonians and enforce [conflicting] ideologies,” Pearlman says.

As an example, she points to a 2017 attempt by former Rep. Jason Chaffetz, R-Utah, to quash a D.C. policy protecting undocumented immigrants from deportation. As head of the House Oversight Committee, Chaffetz threatened to investigate the use of (local) tax dollars allocated for the purpose as a violation of the Immigration and Nationality Act, a federal spending law that prohibits using taxpayer money to assist illegal immigrants fighting deportation. Congress has also long used its control over D.C.’s budget to override legislation that would legalize marijuana sales in federal spending bills — legislation that D.C. residents passed locally in 2014.

“Statehood,” Pearlman says, “would allow the District freedom to govern its own affairs.”

Washington, D.C. isn’t alone in this kind of legislative limbo — Puerto Rico, a U.S. territory whose residents are American citizens, is also without representation in Congress. Like D.C., Puerto Rico gets one non-voting delegate in the House, leaving Puerto Ricans with little recourse to advocate for themselves. “To this day, there are elements of federal transfers [and] different aid that is not doled out in Puerto Rico in the same way it’s done in the states,” says Carlos A. Suárez Carrasquillo, Ph.D, senior lecturer in political science at the University of Florida.

When Hurricane Maria struck Puerto Rico in September 2017, federal shipping regulations prevented much-needed aid from reaching the island. These same regulations were waived following Hurricanes Harvey and Irma, which had struck the mainland United States just weeks ahead of Maria. However, because the territory lacks representation in Congress, its fate was largely left in the hands of White House officials, and the Trump administration declined to waive the regulations for Puerto Rico. As a result, Puerto Rico’s economy, already struggling under the weight of restrictions imparted by the United States, suffered even further.

Despite the obvious problems, not everyone is behind bringing new states into the union. Opponents of Washington, D.C. statehood argue that there’s no point: "D.C. wouldn’t even qualify as a singular congressional district," Rep. Nancy Mace, R-S.C., claimed on April 20. (Washington, D.C.’s population is approximately 700,000 people, larger than both Wyoming’s and Vermont’s.) During a March 22 House hearing, Rep. Jody Hice, R-Ga., claimed, “D.C. wants the benefits of a state without actually having to operate like one,” adding it “would be the only state without an airport, without a car dealership, without a capital city, without a landfill.” Car dealerships and landfills aside, Mayor Muriel Bowser argues D.C. already operates as a state without enjoying all the rights and privileges of one.

When it comes to arguments against statehood for Puerto Rico, the issue is much more complex, according to Carrasquillo. Historically, Puerto Rico has always fostered a strong pro-independence movement, even as mainland progressives call to make the territory a state. Some advocates for Puerto Rican independence, Carrasquillo says, “argue that statehood would be the culmination of colonialism” by absorbing the island and its culture into the mainstream (and mainland) United States. Although he notes that the pro-independence stance isn’t necessarily a majority opinion in the current political conversation, it can’t be overlooked. The numbers also bear out the divide: In a non-binding referendum in 2020, more than 47% of Puerto Rican voters cast their ballot against statehood.

Another concern is the balance of power in Congress. Because both D.C. and Puerto Rico are likely Democratic, their addition to the United States “could be a source of concern for Republicans,” Carrasquillo says. In today’s context, he adds, “the difference in [party divide in] the Senate is so slim, these two potential states can make a significant difference.” If D.C. and Puerto Rico were given statehood status, each new state would get two senators and at least one U.S. representative. Puerto Rico, with a population of nearly 3.2 million residents, would likely get five House representatives.

Concerns about power balance have often marked the entry of new states into the union. Throughout the 19th and 20th centuries, states have tended to join the union in pairs or groups, rather than one at a time. Prior to the U.S. Civil War, the power balance was between allowing new states where slavery was legal versus free states, a pattern exemplified by the Missouri Compromise and the Compromise of 1850. In the 20th century, the power balance became visible along party lines — the last two states to enter the union were reliably-Republican Alaska and reliably-Democratic Hawaii, both in 1959. 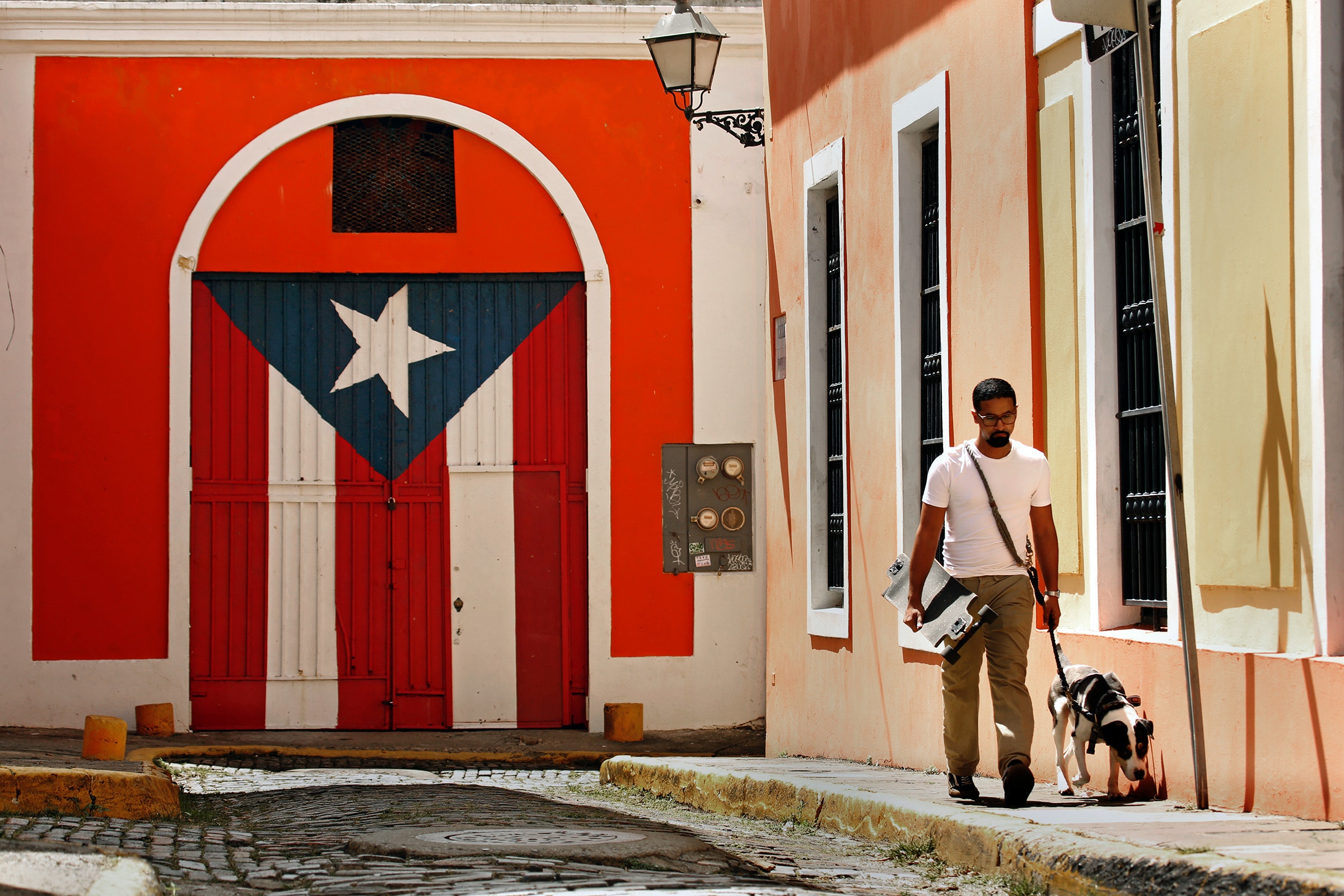 But both Pearlman and Carrasquillo agree that, although a large part of the argument around D.C. and Puerto Rican statehood covers federal representation, it’s also a debate grounded in America’s deep-rooted history of racism, colonialism, and xenophobia. “So much of the battle over D.C. statehood [is] about keeping Black citizens out of power,” says Pearlman. Statistically and historically, communities of color are more likely to vote in line with Democratic ideologies, and are also disproportionately impacted by direct voter suppression tactics. “If you look at the racial and ethnic makeup of D.C. and Puerto Rico, it certainly suggests that racism, and the racist belief that non-white populations cannot govern themselves,” is part of what’s keeping these two territories from achieving statehood status, she says.

Both experts agree Congress would have to take some major steps to approve the territories’ statehood status. If the motion were to happen, Carrasquillo states, it would have to have full Democratic support, and then some. According to Pearlman, this may be a tough feat considering the filibuster — a rule that requires at least 60 senators to vote in favor of moving forward on proposed legislation, meaning a minority of just 41 people can entirely block a push for statehood.

With D.C.’s statehood initiative past the House, all eyes are now on the Senate and what decisions it will make about the future — not just for D.C., but for any aspiring new state. Carrasquillo says, “The political body that holds [total] power over Puerto Rico” — along with D.C. and the future of the union — “is U.S. Congress.”