Home » Celebrities » Who’s Performing At The 2019 VMAs? Taylor Swift Is The Tip Of The Iceberg For An Epic Night

Who’s Performing At The 2019 VMAs? Taylor Swift Is The Tip Of The Iceberg For An Epic Night Woohoo! The moment fans have been waiting for has come. The VMAs has announced their performance lineup and it’s totally epic. Like, I think this year’s show will be one of the best ones yet. Up until now, the VMAs has only confirmed that Taylor Swift will be performing at 2019’s ceremony, and while I love me some Taylor Swift, I was anxiously waiting to find out who else would be performing, too. But thankfully, the VMAs has announced its first set of performers, and they already have me counting down the days until the show goes down on Monday, Aug. 26. But I’ve kept you waiting in anticipation for long enough. Let’s get to the info you came here for. Who’s performing at the 2019 VMAs? Only some of the biggest artists of the year, of course!

On Aug. 13, the VMAs announced that Bad Bunny, Camila Cabello, J Balvin, Lil Nas X, Lizzo, Rosalia, and Shawn Mendes will be performing at the 2019 VMAs. Oh my god. That is huge and I have so many thoughts.

Cabello and Mendes have been fueling romance rumors for a while now, so it will be really interesting to see them interact at the show. I’m wondering, will Camila Cabello and Shawn Mendes walk the red carpet together? Maybe even sit next to each other at the show? If so, I can already predict that the cameras will be on them throughout the night hoping to catch a cute interaction. Also, will they collaborate on a "Señorita" performance? It’s totally possible they could be performing separately, but considering they did just release "Señorita" together, and it’s been swiftly climbing the Billboard Hot 100 (it’s currently sitting pretty at No. 3) you can’t blame fans for thinking they could take the VMAs stage together on Aug. 26.

I’m also wondering if Lil Nas X will be performing "Old Town Road," or maybe even "Panini?" Or better yet, if we’re lucky, he could do a mashup of both songs because that would be awesome. Lil Nas X’s "Old Town Road" has been No. 1 on the Billboard Hot 100 for 19 weeks now, so he can’t not perform the song, right?

And what about Lizzo? Will she be singing "Truth Hurts?" Because if so, you can catch me (and let’s be honest, everybody) belting the lyrics, "I just took a DNA test, turns out I’m 100% that b*tch!" I mean, amirite or amirite? Even if Lizzo performs "Good As Hell," or "Juice," or maybe even "Tempo" with Missy Elliot (who’ll also be there to perform and receive the Video Vanguard award) instead, I’ll just as happy because, honestly, I love all of her songs. 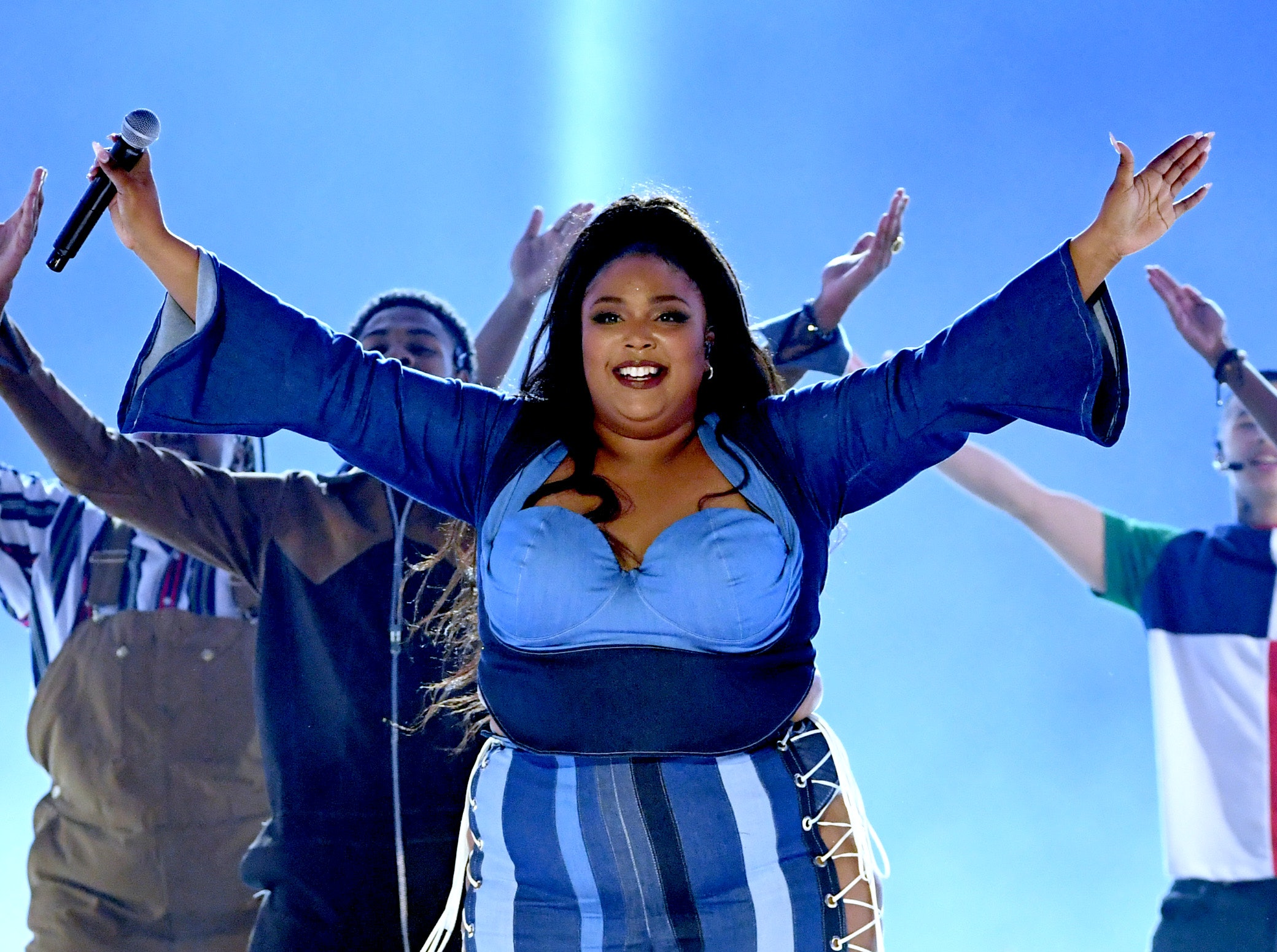 Like I said, there’s so much be excited for! I can’t wait to see Bad Bunny, Camila Cabello, J Balvin, Lil Nas X, Lizzo, Rosalia, and Shawn Mendes take the VMAs stage on Aug. 26. Oh, and let’s not forget that Taylor Swift will be performing at the 2019 VMAs for the first time in four years, which is going to be totally awesome, especially with Swift dropping her seventh studio album, Lover, on Aug. 23.

Performances aside, it will also be interesting to see who goes home with the most VMAs that night. Ariana Grande and Taylor Swift are tied for the most 2019 VMA nominations with 10 nominations each, so I wonder who will come out on top.

Ahh! I’m so excited for the VMAs. I know it’s going to be totally epic!