James Alex Fields Jr., the white supremacist who killed Heather Heyer when he rammed his car through a crowd of counterprotesters during the Unite the Right rally in Charlottesville, Virginia, was convicted of first-degree murder Friday.

Fields was also found guilty on eight counts of malicious wounding stemming from the 35 people he injured during the August 2017 attack, the Washington Post reported. The jury needed just seven hours of deliberation following a nine-day trial to reach their verdict. 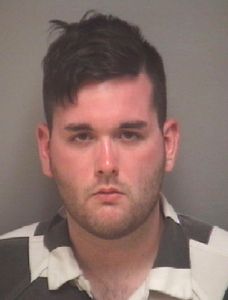 A prison sentence will be determined after Fields’ victims read impact statements to the court. Fields faces a life in prison sentence for Heyer’s death as well as up to 20 years for the other offenses, the New York Times reported, adding that Fields could also face the death penalty if found guilty of federal hate crime charges. No trial date for the federal charges has been scheduled yet.

During the trial, prosecutors presented evidence that showed Fields was “idling, watching” in his 2010 Dodge Challenger near Fourth Street moments before he drove his car into the crowd of counterprotesters.

The jury was also shown a since-deleted Instagram post from Fields’ personal account, posted three months before the attack, with a cartoon of a car running into a crowd of people and the caption, “You Have the Right to Protest, But I’m Late for Work.”

After the verdict was read, a group of local activists gathered outside the courthouse and chanted “Whose streets? Our streets” and later congregated at a makeshift memorial to Heyer at the site of her murder. Heyer’s mother Susan Bro did not speak to the press after Fields was found guilty, the Daily Progress writes.