Home » Celebrities » What’s It Really Like To Interview Donald Trump? 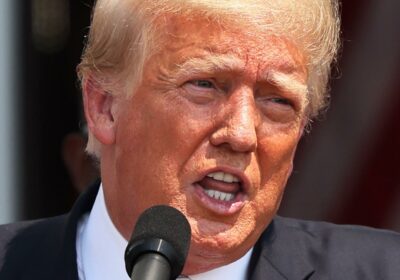 The words “private” or “inaccessible” may not be the first that come to mind when you think of former President Donald Trump — especially given his seemingly endless stream of caps lock-friendly tweets he’d blast off before his permanent suspension from Twitter — but think again. Trump’s presidential tenure was one hallmarked with frequent brawls with the media at large (he did coin the term “fake news,” after all) and yet, his own relative silence — at least, compared to his endless Internet verbosity during his time as commander-in-chief — during his four years was evident. Trump rarely interacted directly with journalists and reporters for interviews while in the White House.

Keeping this in mind, it was quite a surprise earlier this year to learn that three different books written by four lauded and credentialed journalists would be published within the same time frame in July, each featuring lengthy, in-person interviews with the erstwhile president. Despite Trump’s later criticism of each tell-all, this unfettered access had an interesting byproduct; that these authors could share what it was actually like to interview Trump intimately. So what is it like to have a sit-down with the 45th president? Here’s a closer look at what we’ve learned. 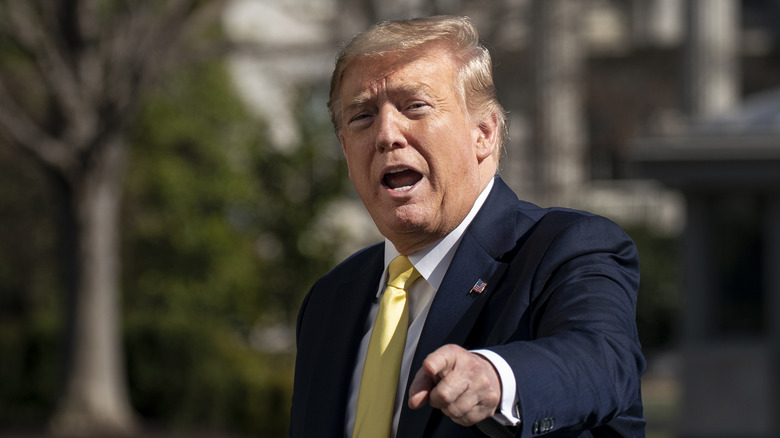 In an August interview with People, the previously mentioned authors spoke with the magazine about their respective experiences interviewing Donald Trump (mostly) post-presidency. Michael Wolff, whose book “Landslide: The Final Days of the Trump Presidency” drew attention for its portrayal of the fissures within the Trump administration, was also able to speak with Trump after excerpts of his book were made public — a conversation which made it into the epilogue. “I sit down and he kind of leans into me in a very seductive way, and he said, ‘You know, those books that you wrote about me, they were very mean and very wrong, but I don’t blame you, I blame my people,’ ” Wolff recalled Trump saying. According to People, Wolff wrote in “Landslide” that “what followed was more than two hours “of Trump monologizing.” Wolff added: “You really have to listen to it and see it to understand that there is really no conversation …”

In another interview with People, author Carol Leonnig remembered the subtext of Trump’s willingness to talk. Per Leonnig, “It became clear that he was craving that audience. He was craving being the story, being the center of the narrative and being able to help shape that narrative.” And on Trump’s continued belief the election was stolen which is only bolstered by his Floridian supporters; “It’s his Brigadoon. It is his exile, but he’s still the king at Mar-a-Lago.”