Home » Celebrities » What You Won’t See In One Of Alex Trebek’s Final Jeopardy! Episodes

What You Won’t See In One Of Alex Trebek’s Final Jeopardy! Episodes 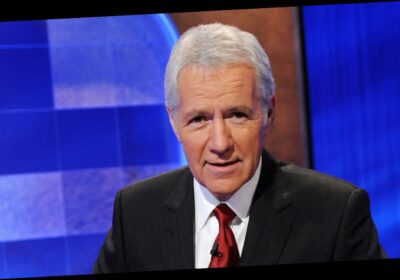 The late Alex Trebek’s final episodes of Jeopardy! are sure to be memorable, but it may be some of the moments that happened off-screen that show the indelible mark he left on his staff and crew.

According to ET Online, filming the final episodes took place just 10 days before the game show host died of pancreatic cancer in November 2020. Executive producer, Mike Richards, told the Today show that the week before those episodes taped, Trebek was also in the hospital, but that didn’t stop him from getting the job done. Richards explained, “He was an absolute warrior. What he was able to do by getting himself back to the set… it was herculean. He was in enormous pain. He was 10 days away from passing away. You will not sense that in any of these episodes. He is strong.” Trebek even kept up with the busy show’s schedule while undergoing chemotherapy. “I think he really understood the importance of the show and what it meant to people,” Richards said.

Jeopardy! of course, does mean a lot for millions of viewers, but also to the people who worked with Trebek. And there’s a sweet behind the scenes moment that you won’t see in the final episodes, which confirms that sentiment.

Inside one of Alex Trebek's final monologues

In the past, Alex Trebek would open the show with a short monologue about current events or what happened in the previous game. However, when filming one of the final episodes, the TV icon touched on something different. “He comes out and gives a talk about the importance of togetherness and sticking together and that the world is struggling, but we have to get through it together,” Richards said during a January 2020 appearance on the Today show.

Yet the touching moment you don’t see on screen is how the Jeopardy! crew responded to the powerful sentiment, which is something that normally does not happen. Richards explained, “There are specific moments in Jeopardy! when you clap and then there are moments when you’re quiet. Usually in his monologue, he would come out, give a statement and they would go to the categories. Well, there’s not many people in the studio because of COVID. And we all burst into applause.” And Trebek took notice even if viewers cannot. “You don’t see it on camera, but as he’s going to the categories, he sees us start to applaud, and he kind of looked at us, like, ‘What are you guys doing?’ … We were so moved that we had to applaud,” Richards said.

A behind the scenes moment of what’s sure to be emotional last episodes for one of the world’s most beloved game show hosts.