Home » Celebrities » What Is the Future of Live Music?

What Is the Future of Live Music? 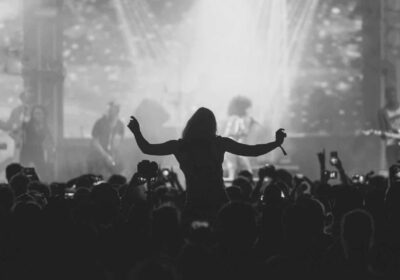 Evolution is part of the never-ending life cycle. It affects all businesses, from the taxi industry giving way to ride-hailing services to in-store experiences morphing into online shopping. This century has seen the rise of music streaming, along with declining album sales. The entire music business industry has been disrupted, and live concerts are now a sizable part of artists’ revenues.

The pandemic thrust us into a time warp that affected many things, including live music, which was hit especially hard, forcing many in the business to reinvent themselves.

The concert industry recovered slowly in the second half of 2021. Some acts took a chance on hitting the road and reconnecting with fans — a gutsy move, given widely varying public health restrictions and Covid-19 still prevalent worldwide. Artists were always on the brink of a potential cancellation, which would also impact their road crew, suppliers and drivers, etc. Most of these people don’t have contracts, but they’re troopers. They’re resilient, they have faith and they’ll do anything to ensure that the show goes on.

As a show designer, I’ve experienced this change and how the visual identity of a concert has become very important. Bands are spending more money now than ever on their show to raise the concert experience and get some production for their performances — because fans’ photos and videos are shared on socials. Audiences at festivals are savvier and are looking for a visual experience as well as the music experience.

For logistical purposes, most tours have a separate bus for musicians, another for sound and lighting crews, etc. Not everyone works at the same time, so they don’t all travel together. Tour managers assigned their crews to different buses to prevent Covid-19 infections within one craft. The crews had to learn everyone’s job in case something happened.

This is done for live theater tours, which are organized differently. Theater tours are usually for long stretches, with operations that are largely codified. Most people work for the production company, not for various vendors. In my experience, rock tours don’t last as long, rarely more than 40 dates. Crews often come from different vendors, so it’s hard to ask a lighting tech from a Chicago company to learn the job of an audio tech from LA if they first meet at rehearsal a week before opening.

Crews also had to limit their social contacts between shows, so that when they went back on the road, they didn’t put the tour at risk. Things have changed since then, and the business is now running full tilt. With so many artists touring again, we’re seeing a post-Covid frenzy, not unlike the Roaring Twenties that followed the 1918 influenza pandemic.

Tour buses and trucks must now be booked many months in advance. It sounds easy, but when there’s no plan, it’s hard to know the number of trucks in advance. As well, fuel prices are hitting new heights. You can’t establish a tour itinerary without a budget, but you need to set ticket prices before they go on sale.

Big acts sometimes have some flexibility in booking because they know they’ll sell out, but that’s not the case for everyone. There are limited available time slots and too many bands vying for them. Promoters and management, therefore, have to assemble their crews earlier to be able to plot the right tour scale. The problem is a shortage of personnel. As in many industries, there are more jobs than people to do them, so you can’t always book crews in advance.

The labor shortage is reflected in the cost. Vendors have had to raise salaries to attract workers. In the past, a tour used to plot a full crew at a given price with a set budget. Now, after tickets go on sale, I’m seeing costs anywhere from 30 percent to 60 percent higher, which impacts margins.

Going forward, big names will probably be able to increase their ticket prices, but not every act can do that. As it becomes increasingly expensive, touring could become a luxury. AV costs are also rising, which impacts the cost of going on the road. Covid-19-related insurance is now a must because the pandemic is far from over. In the end, who can afford to go on tour?

Then there’s the secondary market. Tickets often sell out quickly; the reseller market is more expensive and does not reflect the original price. Again, bigger names can accommodate that reality, but it reduces the number of concerts you’ll attend in a year.

The industry adapted to streaming and gradually found a way to secure revenues for artists. Now we’re moving at warp speed, so key players need to start thinking about ways to make their industry sustainable.

One option is festivals: They typically pay much better than a single venue and don’t usually require as much gear. But not everyone enjoys huge festival crowds and shorter sets. Some acts are just better in a cozy, dimly lit venue. (Seeing Patrick Watson in broad daylight might not be the experience you’re after.)

But there’s a way to use this business model to create smaller festivals, with a stage design that meets everyone’s needs. One example is the House of Blues, a venue with lighting and basic production so bands only bring minimal equipment. This costs less and also helps shrink their carbon footprint by reducing the number of trucks and buses on the road.

Another solution could be the metaverse. A live concert is all about the human connection yet it’s not for everyone. We’ll be feeling the pandemic’s after-effects for a long time yet, and many might prefer continuing to watch from home. This is happening in the movie theater industry, with some films now launched directly on streaming platforms. Using augmented reality to enhance streaming has been developed recently and was tested during Flume’s concert at Coachella this year. While nothing will replace the live experience, AR might be appealing to some.

People in the concert industry are a creative lot. Together, we can come up with solutions to address the labor shortage and rising costs to create more great experiences that connect music with people. We can make our industry more sustainable.