Home » Celebrities » What Is BTS' Most Popular Song off of 'Map of the Soul: 7'? 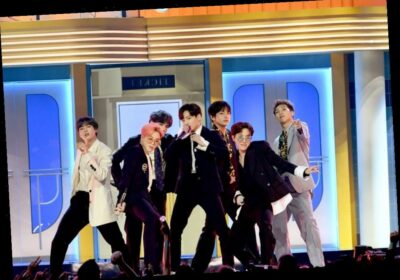 Hot off the heels of their 2019 release, Map of the Soul: Persona, BTS released their full-length album Map of the Soul: 7. Complete with solo songs from the members and even a remix featuring Sia, this album jumped to the No. 1 spot on the Billboard 200 chart.

Here are some of BTS’ most popular songs off of their February 2020 album, according to the number of streams on Spotify.

Technically, this song didn’t debut with Map of the Soul: 7. It appeared on the first album of the series, Map of the Soul: Persona, and included the artist Halsey singing alongside the seven BTS members.

Sporting an upbeat, colorful vibe, it quickly became a favorite among several BTS fans. The group, in turn, performed this song at the Billboard Music Awards, The Voice, Saturday Night Live, and on Good Morning America, among other historic appearances of the boy band.

Since its premiere, “Boy With Luv” earned over 580 million plays on Spotify, also earning millions of views for the YouTube music video.

As one of the first songs released from the February 2020 album, “Black Swan” showcased a new side to BTS, complete with complex dance moves and a focus on Jimin’s dance background. This song became one of the most popular off of the album, earning over 200 million plays.

As one of the title songs off of the album, BTS released “On” as an official music video and as a “Kinetic Manifesto Film: Come Prima.” The group also performed “On” inside Grand Central Terminal in New York City, thanks to their appearance on The Late Show Starring Jimmy Fallon.

“We’ve [BTS] been having a reboot,” RM said during an interview with Jimmy Fallon. “Our second single was ‘N.O.’ You know what I mean? It’s a reverse of ‘N.O.’ And ‘On’ represents, like, you know, ‘bring it on.’” Since its premiere, this song earned over 190 million plays on Spotify.

When BTS performed at  Dick Clark’s New Year’s Rockin’ Eve With Ryan Seacrest 2020, they opened their setlist with this song. When BTS collaborated with the artist Lauv, this was the song they chose to remix.

“Make It Right” was also a collaboration with Ed Sheeran, who, reportedly, had a hand in the writing process. As a result, this is one of the most popular songs off of Map of the Soul: Persona and Map of the Soul: 7, earning over 150 million plays.

The “Life Goes On” music video is now available on YouTube. Music by BTS, including their recently released album, Map of the Soul: 7, is available for streaming on Spotify, Apple Music, and most major platforms.