Home » Celebrities » What Is Andrew Lincoln's Net Worth? 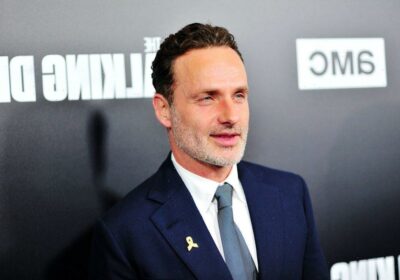 Andrew Lincoln left The Walking Dead in 2018 and has been lying low ever since. At least by Hollywood standards. The former Love Actually star announced that he would leave at the end of season nine of The Walking Dead, eight years after he was first cast on the AMC hit. Lincoln hasn’t landed any big roles since then, but possibly because he doesn’t need to.

Although the stars of The Walking Dead are famously underpaid, Lincoln had a long, illustrious career before The Walking Dead even aired, which left him with quite the cushion. Financially speaking, Lincoln is doing quite well for himself.

Andrew Lincoln has a net worth of $16 million

According to Celebrity Net Worth, Andrew Lincoln is worth $16 million. His Walking Dead salary is listed as $650,000 per episode by the same source, although other outlets list a much lower figure. According to some sources, Lincoln only made $90,000 per episode, which is very low for a TV star of his caliber. Some speculate that The Walking Dead producers kill off cast members regularly to keep stars from joining forces during salary negotiations, something the Friends stars famously did.

But Lincoln already had a successful career before The Walking Dead, in which he had ample time to amass wealth. In fact, the actor was big in the UK before moving to the US. Lincoln was actually born Andrew James Clutterbuck. He adopted the stage name Andrew Lincoln during his time at the illustrious Royal Academy of Dramatic Art in London.

His television career took off before he even graduated. After conquering the small-screen, Lincoln seemed to set his sites on the silver one. Still working in the UK, Lincoln landed a few movie roles, including Love Actually.

The Hugh Grant hit earned all of its stars international notoriety, Lincoln included. He used his newfound fame to make the jump across the pond, from UK-based projects to Hollywood. His most notable US role to date was in The Walking Dead.

Lincoln joined the project in 2010 and stayed on eight years before deciding to part ways with the show. But that may not be the end of his involvement with The Walking Dead franchise. Lincoln reportedly signed on to three feature-length films based on the show.

Although $650,000 doesn’t seem like a lot compared to some record-breaking TV salaries, like the Friends million-per-episode deal, it is on par with other drama stars. Hugh Laurie eventually negotiated a salary of $700,000 per episode on House, which made him one of the highest-paid drama stars of all time.

Actors on dramatic shows typically earn less than sitcom stars, and Laurie’s House, MD was on Fox, which has a larger audience than The Walking Dead’s AMC. If $650,000 an episode is indeed what Lincoln made for The Walking Dead, it likely contributed considerably to his $16 million net worth.

The interesting thing about a show like The Walking Dead is that actors don’t need to act to make money. Sci-fi and fantasy shows have very involved fans. According to some sources, panels and fan meet-and-greets at fan conventions are actually very well-paid gigs.

After The Walking Dead, Lincoln could have leveraged his character to attend these events, and potentially pull in upwards of $100,000. Lincoln does attend such events but says he doesn’t keep the money. According to Lincoln, all his earnings from conventions go to charity.