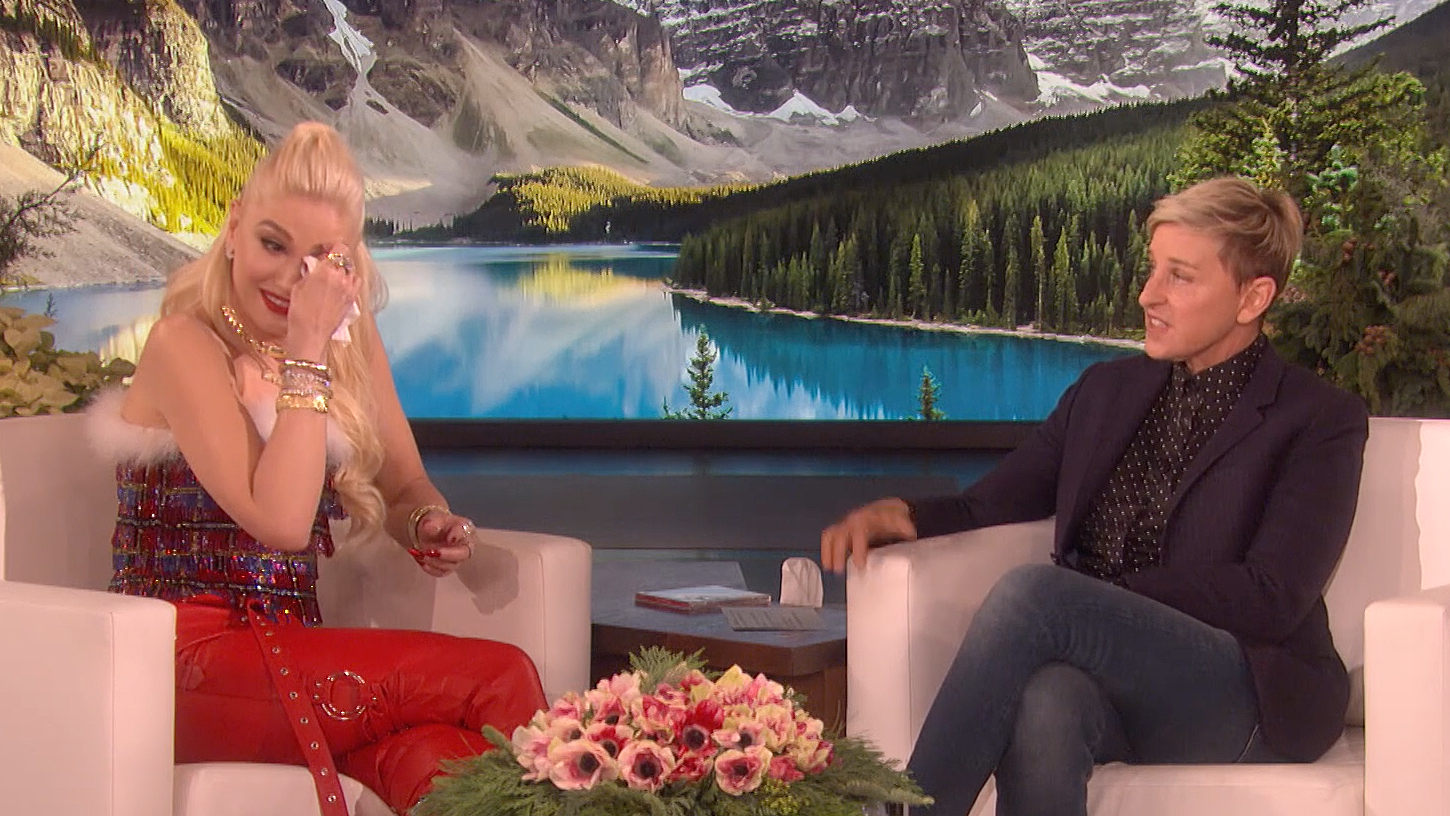 Stefani, 49, made an appearance on the daytime show on Tuesday, December 4, where they touched on the former No Doubt star’s career. While chatting, the close friends briefly discussed a song that Stefani once played for DeGeneres, 60, in her bathroom — which they both referred to as “a memorable moment” — that later became a “big hit.”

“I will always be so grateful for those conversations with you. Let’s get serious for a second, I mean, honestly, I do,” Stefani said, shifting into a serious tone. “I’ll always remember that moment.”

“Gwen, you know, she deserves everything she has. She deserves this love, she deserves the life that she has and the career, because she went through a lot,” DeGeneres told the audience, prompting Stefani to respond, “Don’t make me cry! Wow, now I’m crying on TV too, I love you.”

“I mean it. I love you and I hated to see what you were going through, and you didn’t deserve it, and you deserve, you know, just everything. So I’m happy for you as your friend,” the Ellen alum continued as the “Hollaback” singer wiped away tears. “That’s why I love her so much, because she doesn’t even understand how great you are.”

Although DeGeneres didn’t elaborate on the tough times Stefani overcame, any fan would be hard-pressed to overlook her contentious 2016 divorce with ex-husband Gavin Rossdale, with whom she shares sons Kingston, 12, Zuma, 10, and Apollo, 4. Us Weekly exclusively revealed in November 2015 that the English singer had an affair with the family’s longtime nanny, Mindy Mann.

In March 2017, the Bush frontman opened up about how he was handling their split after nearly 13 years of marriage. “There’s been a lot of pain and sadness. It really teaches you perspective on life. It’s really health, happiness and safety,” he told Us at the time. “I never thought I would get divorced. But it just happens. All these life things.”

Us Weekly exclusively revealed that the former couple attended mediation in September to work out their parenting issues.

Meanwhile, Stefani is focused on starting a family with boyfriend Blake Shelton — and they’re taking measures to ensure they can. In November, a source told Us that the pair are “determined to have a child together” and have chosen the surrogacy route. “They are in the final stages of choosing the woman who will carry their baby. “It’s extremely important to Gwen that she give Blake a biological child, and Blake is so excited.”

It wouldn’t be a typical meeting with the comedian without some playful teasing. After DeGeneres joked, “So Blake told me that ya’ll are engaged now,” the popstar denied the rumors, before admitting she doesn’t know when they will get engaged.