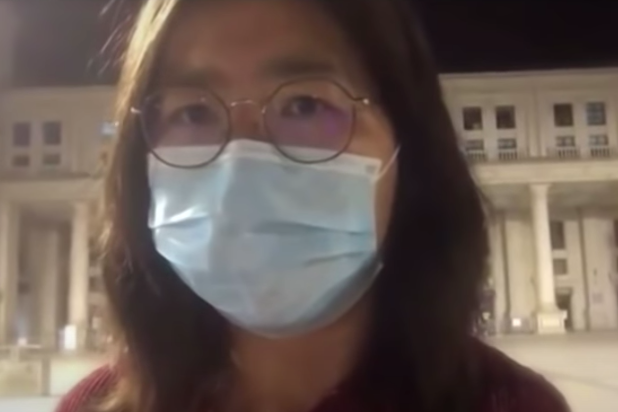 Secretary of State Mike Pompeo announced Tuesday that the United States is calling for the immediate release of Chinese citizen journalist Zhang Zhan, who reported on the early days of the coronavirus outbreak in Wuhan.

“The United States strongly condemns the People’s Republic of China’s (PRC) sham prosecution and conviction of citizen journalist Zhang Zhan on December 28,” Pompeo’s statement read. “We call on the PRC government to release her immediately and unconditionally. The Chinese Communist Party (CCP) has shown once again it will do whatever it takes to silence those who question the Party’s official line, even regarding crucial public health information.”

The statement went on to say that the Chinese government censored information as the outbreak began, leaving the rest of the world to depend on independent voices who were “brutally silenced.”

He added in a tweet, “In the face of the Chinese Communist Party’s lies, Chinese citizen journalist Zhang Zhan’s uncensored reports from Wuhan gave the world a much-needed window into the outbreak of COVID-19. She should be celebrated for her courage – not imprisoned for it.”

Zhan was sentenced to four years in prison on Monday.

Per the New York Times, Zhan is the first known person to face a trial for her reporting on the early days of the coronavirus outbreak. She documented the conditions in packed hospitals and spoke to residents of Wuhan about their concerns, providing a more dire view of the pandemic than the narrative from the state-controlled media.

The AFP reported this week that Zhan has been on a hunger strike since June and is being force-fed through a nasal tube.