Home » Celebrities » Understanding the Basic Building Blocks of the Metaverse

Understanding the Basic Building Blocks of the Metaverse 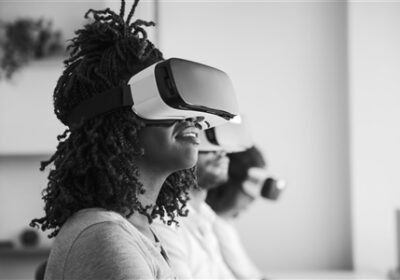 As “metaverse” becomes as ubiquitous a term as “internet” and “online,” it is important to understand what it means and how it could impact the entertainment industry.

The metaverse is a space, similar to the internet, in which people will be able to engage with different types of media, such as virtual reality (VR), augmented reality (AR), mixed reality (MR) and more. The overall user experience aims to be seamless and interconnected no matter the hardware or software you are using. Think of it as the World Wide Web with enhanced layers that can be fully immersive. The metaverse is composed of extended reality (XR) experiences that will need to be developed specifically to work across all operating systems and devices. XR is an umbrella term that refers to any type of extended reality such as VR, AR and MR.

Flashback: Phish Play a Funky 'Punch You in the Eye' at 1995 New Year's Show

Who Will You Be in the New Year?

How True Is 'Respect'? Fact-Checking the Aretha Franklin Biopic

XR is currently a billion-dollar industry, with AR and VR on track to contribute $1.5 trillion to the global economy by 2030, according to findings from PwC. Similar to the beginnings of the World Wide Web, businesses are clamoring to utilize and profit from this new revenue stream as this trend continues to gain traction. To understand the best entry point for your entertainment business, here are a few definitions and examples of some of the building blocks of the metaverse.

AR, or augmented reality, requires a smart device with a camera and screen. AR is then used to augment the user experience and the physical world through a digital device. It is commonly used with smartphones but can be web-based on a desktop computer. Augmented reality superimposes a 3D image onto the screen of a smartphone so that it appears the object is in the same physical space as the user. The game Pokémon GO is an example of how AR can be used to enhance a gaming experience by layering interactive elements over the real world.

VR, or virtual reality, requires a wearable headset to interact in a virtual world created by developers. VR requires the user to exist in the virtual space and is often one user using one headset. It’s similar to how headphones enriched and improved the music-listening experience; headphones are not necessary but make an incredible auditory experience. VR has the potential to impact visual and auditory experiences in a similar way.

MR, or mixed reality, is another way in which the digital and physical worlds blend. There are various applications for mixed reality, MR can be as simple as using a real-time map on your smartphone such as Apple Maps or as high-tech as holograms. MR has the potential to bring holographic concerts to your living room while also connecting to the Internet of Things (IoT) to sync the lights in your home to the music, for instance.

What It All Means

Meta, formerly Facebook, is investing billions of dollars in the metaverse it is creating, which relies heavily on VR, while Pokémon GO creator Niantic is creating an AR-focused metaverse. As the industry standards for the metaverse are defined and connected, it could be valuable for those in the entertainment industry to start planning and collaborating on how your content will fit into this new space and, most importantly, how to profit.