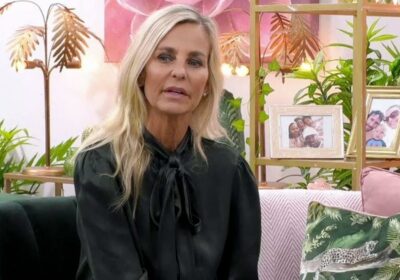 Big Brother star Ulrika Jonsson, who appeared in two series of the celebrity version of the show, has spilled the beans on some of the shocking antics from the programme, including drug use and stars' eating habits, ahead of its hotly-anticipated return to our screens in 2023.

Having previously aired on Channel 4 and Channel 4, the legendary fly-on-the-wall show is coming back on a different channel as ITV confirmed it would be broadcasting a new version.

Ulrika, 54, won the 2009 series of Celebrity Big Brother, and later admitted it was the money that tempted her to take part. She was later invited back to appear on The Ultimate Big Brother with some of the show's most legendary characters.

In her The Sun column, Ulrika has lifted the lid on some of the behind-the-scenes secrets of the show, admitting that some contestants even "smoked weed" in the bathroom.

Talking about how she "prayed to every God I could think of that I would be sent home" before eventually being crowned the winner in 2009, Ulrika said she had to "endure some of my weed-smoking housemates puffing away in the bathroom on the night of the final."

She also revealed that LaToya Jackson, the sister of the late King of Pop, Michael Jackson, had it stipulated in her contract that she would sleep in a separate bedroom from the rest of the housemates, who all had to sleep in the same room.

Ulrika also revealed LaToya's very particular eating habits, saying she "only ate smoked salmon", meaning the rest of the housemates had to sacrifice their food so she could have it.

Ulrika said: "The poor, delicate flower could only eat smoked salmon so even when they removed our food and cut our shopping budget, we were all forced to sacrifice cereal so that the bloody diva could have her smoked salmon."

The mother of four also claimed that former Liberty X star Michelle Heaton, 43, would "lick crisps and then putting them back in the packet and throwing it out" in a bid to avoid eating carbs.

Speaking about her thoughts on the revival of Big Brother, Ulrika said that she hoped the reboot could avoid becoming "too woke".

She said: "If this brilliant series is to have another shot at the big time, it really is going to need a revamp.

"I only hope the producers can keep a semblance of all the drama that’s gone before and that they won’t 'woke' the hell out of it.

"God help them if everyone will be told to behave appropriately, respectfully and will be forbidden from saying certain things because I fear that may take the oxygen out of the very living creature that is Big Brother."