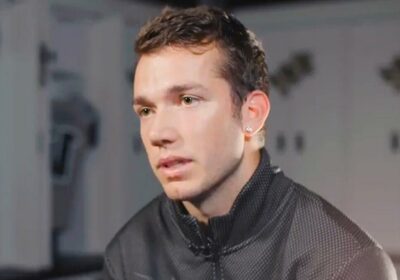 McKenzie Milton — the QB who almost lost his leg in a horrific ’18 injury — announced he’s leaving UCF in hopes of competing for a starting QB job somewhere else.

23-year-old Milton only has 1 year of eligibility left — and in the 2 years he’s spent recovering, his backup Dillon Gabriel has been BALLING OUT for the Knights.

Milton — who worked his way back to the UCF scout team (incredible considering most people thought his career was over) — says Gabriel has clearly earned the starting job and he’s leaving to avoid any sort of QB controversy.

It’s huge news … Milton was once regarded as one of the top QBs in the country — leading the Knights to a perfect 12-0 record in 2017. He finished 8th in the Heisman Trophy voting that year.

But then, the injury happened … Milton took a vicious hit while playing USF in 2018 and suffered catastrophic injuries in his right leg that required emergency surgery to restore blood flow.

Milton was diagnosed with a dislocated right knee as well as ligament, nerve and artery damage — and his injuries were so bad, doctors considered amputating the lower part of the leg.

After multiple operations and countless hours in rehab and the gym, Milton was cleared to return to the field … and now, he believes he’s healthy and strong enough to play against high-level competition in college and then the NFL.

In an emotional video released by the school, Milton praises UCF for the support they’ve given him over the years.

“They saved my leg too, man. I wouldn’t be able to play football again if it wasn’t for UFC … so, just thank you for everything.”

Milton says he approached his head coach Josh Heupel a few weeks ago to explain his decision to leave — saying, “Coach, I have one shot to go chase a dream … a lifelong dream to go play in the NFL.”

Milton knows he needs to prove to NFL scouts he’s back to 100% and the only way to do that is by SHOWING them on game film, which he hopes to accomplish at another university.

UCF has been super supportive of Milton — with Coach Heupel telling the QB, no matter where he goes next … “this will always be your home.”