“Dancing with the Stars” is looking more like musical chairs after Tyra Banks almost saved a couple that, based on votes, should’ve been on the chopping block … and somewhere Steve Harvey‘s laughing.

During Monday night’s week 4 elimination, the new ‘DWTS’ host read off 10 names of couples who were safe to move on — but when it came time to name the bottom 2 pairs, Tyra flubbed it. 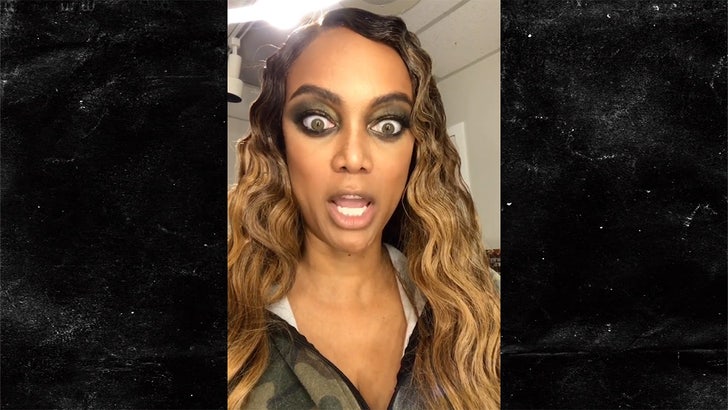 It was awkward … Vernon Davis and Peta Murgatroyd, Anne Heche and Keo Motsepe and a third couple were all on stage as Tyra and co. realized the mistake simultaneously. Two of the couples on stage were actually safe, and they brought back “Cheer” star Monica Aldama and her partner Val Chmerkovskiy to get under the spotlight with Anne and Keo … as the correct bottom 2 vote-getters.

Confusing? Yeah, just watch, and know Anne and Keo eventually got the boot. The real entertainment came from the blame game — Tyra at first blamed an error in the control room, but then seemed to take the blame herself, saying she was just reading off her flashcards.

Bad as it was, it wasn’t as colossal of a screw-up as when Steve botched the Miss Universe winner, or when the Academy gave Best Picture to the wrong movie in 2017 — much bigger stages.

Tyra took to IG after the show to further explain, saying there was a technical difficulty and that the names on the cards she was reading were actually the wrong ones … so not really her problem after all. She was graceful about it, though, adding they got past it as a team.