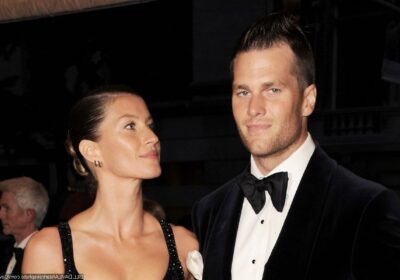 On the day the former couple submitted documents to end their marriage, they have already entered into a settlement agreement that usually includes financial and custodial issues.

AceShowbiz –Tom Brady and Gisele Bundchen filed for a divorce on the same day they finalised the terms of their split. A legal expert explains how their settlement was dealt with so straightforwardly after the couple announced their split via social media statements on Friday, October 28.

“They had already entered into a settlement agreement, which typically includes both financial and custodial issues. By the time it was filed, they already had custody, child support, alimony figured out,” explained Jacqueline Newman, a divorce attorney of Berkman Bottger Newman and Schein LLP.

Despite this, Newman – who is not connected to either party – explained that a judge still needed to approve the settlement agreement. She told PEOPLE, “After a couple agrees on everything, the judge takes a look at the agreement and approves it.”

Gisele – who has Vivian, nine, and Benjamin, 12, with the NFL star – recently admitted that they had “grown apart.” In a statement posted on social media, Gisele said, “The decision to end a marriage is never easy but we have grown apart and while it is, of course, difficult to go through something like this, I feel blessed for the time we had together and only wish the best for Tom always.”

Meanwhile, Tom – who also has John, 15, with Bridget Moynahan – described their split as an amicable decision. The sports star wrote on Instagram, “In recent days, my wife and I finalized our divorce from one another after 13 years of marriage.”

“We arrived at this decision amicably and with gratitude for the time we spent together. We are blessed with beautiful and wonderful children who will continue to be the center of our world in every way. We will continue to work together as parents to always ensure they receive the love and attention they deserve (sic).”