Home » Toddlers And Tiaras Moments That Went Too Far

Toddlers And Tiaras Moments That Went Too Far 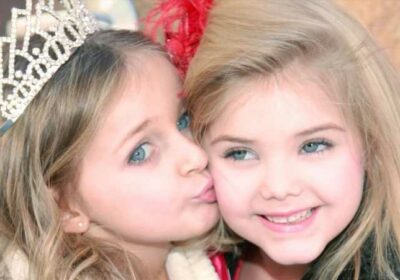 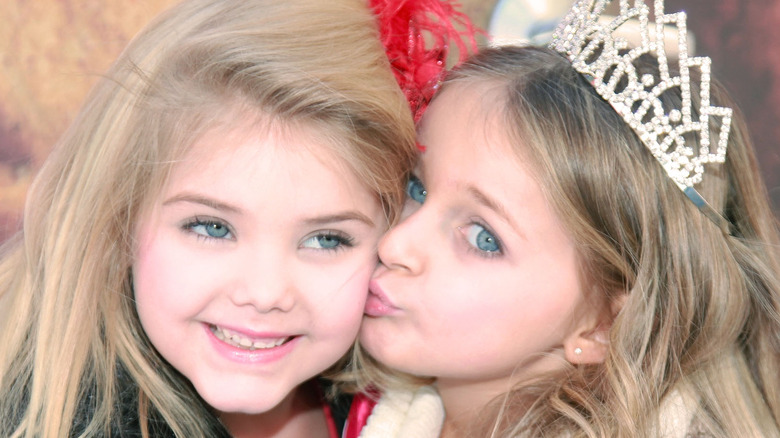 TLC’s “Toddler & Tiaras” was a show that viewers loved to hate. Whether it was because they were in awe of a six-year-old’s glam skills or the fact that there were one too many momagers off stage miming the dance routine, the show was an instant hit.

The show debuted back in 2009, but took a break due to too much controversy. Luckily for fans, it was put back on the schedule in 2016. The cameras follow the personal and competitive lives of contestants in the child beauty pageant circuit. Much of the controversy stemmed from what the little girls wore, as many felt they dressed too sexy for their age and wore way too much makeup. After Season 7, the show was officially canceled, (per IBT).

While viewers may have felt that these beauty pageants were a breeding ground for a lifetime of insecurity, many contestants seemed to love what they did. For many of the girls, it gave them an outlet that they may not have had in their own backyard. But there were some moments in the heat of competition that just went too far.

Little Mia dressed in a classic, yet risque Madonna costume 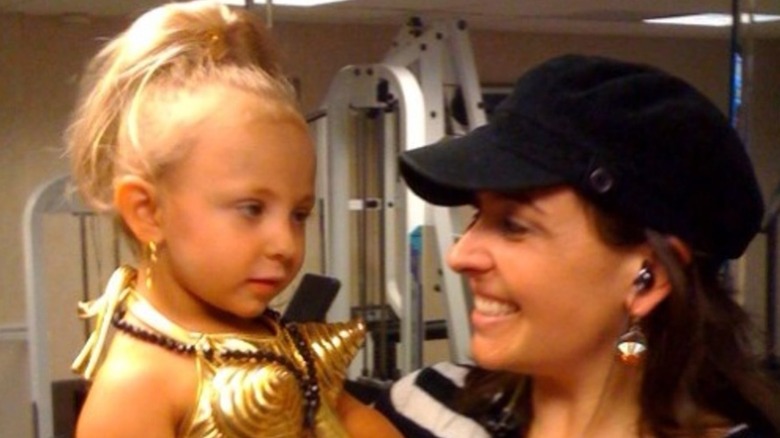 Who could ever forget little Mia, who was dressed up in the same Madonna costume her mother had competed in – cone bra included, (via Today). Mia was only two years old at the time of the episode, and never has the network gotten so much backlash.

Mia walked onto the stage in a white angel robe, where she then proceeded to rip it off! Underneath, she revealed that she was sporting a gold fitted bodysuit, complete with the cone bra. The toddler got a bit overwhelmed with all eyes on her, which forced her overbearing mother to jump on stage and guide her through.

Then there was Eden Wood’s moment on the episode titled “Rumble in the Jungle” where she is seen attempting to shave and spray tan her “Tarzan,” (per AV Club). TLC viewers cringed when they watched the five year old tell her adopted grandpa that he was too pale and hairy. The next thing fans knew, she had grabbed the shaving cream and razor. 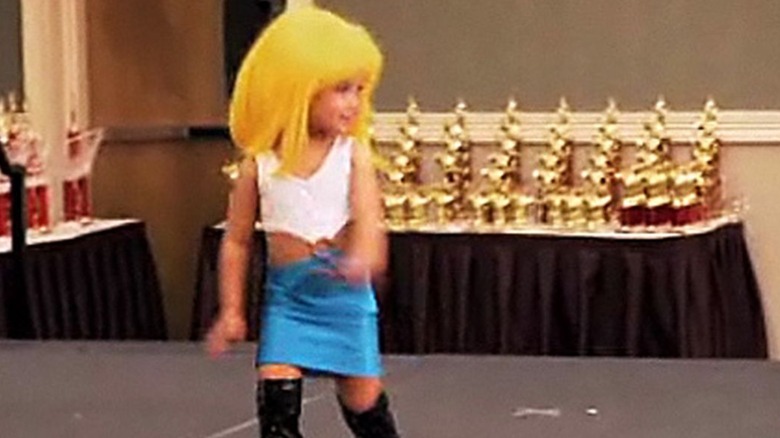 No one could forget the moment a toddler smoked a fake cigarette on stage. Helicopter moms from all over the continental United States freaked out as they watched Lisa Christian’s daughter, Destiny, light up, all for the sake of her “Grease” costume (via Slate).

Of course, the little girl was transforming from good Sandy to bad Sandy and was just using the candy cigarette as a prop. Needless to say, Destiny was not destined to win the Grand Supreme Crown.

Who could forget the little girl who dressed like a street worker (per Insider)? Ms. Paisley’s very adult costume left spectators at a loss for words as she strutted on the stage with her blonde wig, knee-high boots, leather skirt, and tiny tank top. She looked the part of Julia Roberts in “Pretty Woman,” but fans were appalled by her mother, Wendy Dickey, who thought the outfit of choice was a smart one.