Home » Celebrities » Tim McGraw: ‘Everybody fights in front of their kids. That’s part of the deal’

Tim McGraw: ‘Everybody fights in front of their kids. That’s part of the deal’ 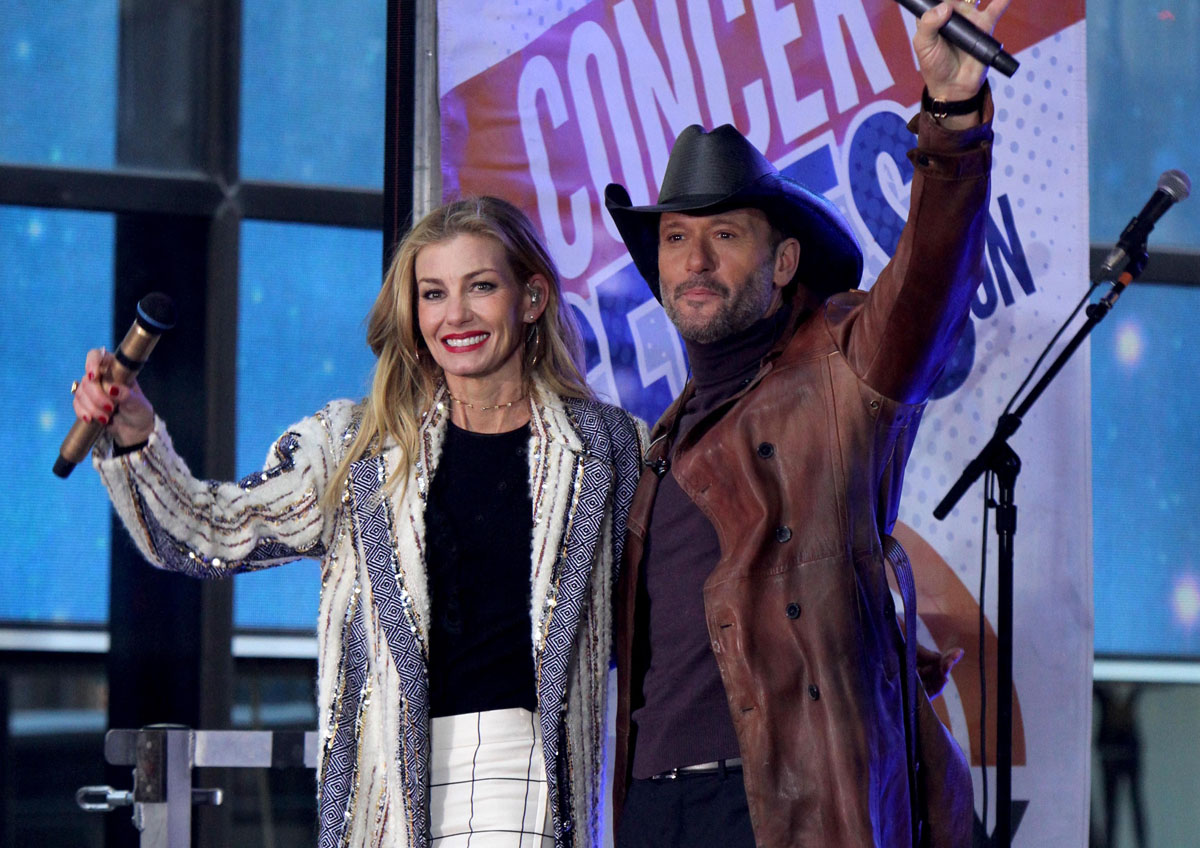 Tim McGraw did an essay for Esquire last week that I’m just seeing now. It’s somewhat confessional and he has some good advice. I don’t follow Tim and Faith Hill that much but I remember hearing that they were having problems in their marriage about ten years ago, even after Tim got sober. They’re now considered one of the most solid music/celebrity couples, although Tim makes it clear that they have problems like everyone else. Tim has been open about his sobriety and he mentioned that in Esquire, writing that he was drinking in the morning when he was supposed to be parenting his daughters. (This must have when they were little because he’s been sober since 2008. Faith and Tim have three daughters, Gracie, 24, Maggie, 22, and Audrey, 19.) He also had a kind of homespun wisdom that I enjoyed reading. Here’s some of his essay, with more at the source.

Structure creates freedom. If you don’t have any structure, what you think is freedom is really chaos.

Money doesn’t solve all the problems, but I’d rather have problems than not have money. As bad as that sounds.

I remember a moment when I was getting out of bed and going to the liquor cabinet and taking a big shot at 8:00 in the morning and thinking, I have to wake the kids up. I went straight to my wife and said, “This is where I’m at.” I was scared. She just grabbed me and hugged me and changed my life.

I didn’t know love could feel so good. Was it an emotion? Was it a lifestyle? Was it an imaginary thing? But love is all of those things.

And love is being angry. Love is not talking for a day. Love is getting in each other’s face. Love is accepting that I’m wrong. Love is a 360 degree thing. It’s not linear.

My wife always says, “You’re not scared of anything.” I say, “Ehhh, one thing. I’m looking at it right now.”

They always say you’re not supposed to fight in front of your kids. Everybody fights in front of their kids. That’s part of the deal.

Sometimes God just walks through the room, and you happen to be standing there.

I love to hear new sayings and advice. Some of what Tim said are truisms but they’re new to me and I appreciated them. That saying “Money doesn’t solve all the problems, but I’d rather have problems than not have money” is dead on. I also like how he said that love feels good but that it doesn’t stop you from having issues with your partner, essentially. As for the quote in the title, that everyone fights in front of their kids, is that true? I think it is somewhat but it’s just a matter of degrees. I’m divorced and my parents are the bickering type. They’re still going strong, it’s just that I don’t have the best examples to go on. I just hope that most people try to talk things over calmly and work out their differences instead of yelling and getting personal. Being sober helps so much with that.

Also, Tim performed at Biden’s inauguration and he and Faith are Democrats. I’m rooting for them.