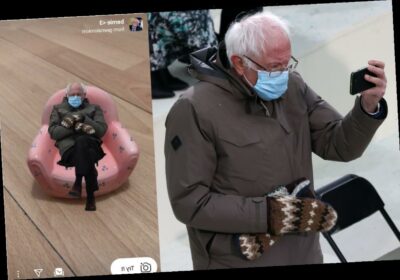 Sen. Bernie Sanders (I-Vermont) sitting at President Joe Biden’s inauguration is honestly the greatest meme to come out of 2021 so far. As the cameras panned the limited crowd on Wednesday, Jan. 20, Sanders’ outfit quickly became the star of the show. As he sat in a plastic folding chair sporting a familiar Burton jacket and the same pair of mittens he wore on the campaign trail, people couldn’t help but ever-so-lovingly give the senator the meme treatment. You’ve probably seen the memes all over your feed, and now, this Bernie Sanders inauguration meme Instagram filter will help you easily create your own funny posts of Sanders sitting in random places.

You probably know the story by now, but as refresher, the memes were born thanks to Sanders showing up to the biggest event of the year (so far) in an ensemble that resembled his casual go-to look on the campaign trail. Instagram user @geenakimkim created an augmented reality (AR) filter called "bernie <3," and it takes the photo of Sanders’ seated at the inauguration, huddled in his mittens, Burton jacket, and a blue mask over his face, and superimposes him wherever you want. So, you can put Sanders where you want him with no photoshopping involved. To use the filter, you’ll need to follow a few easy steps below.

How to get the Bernie Sanders inauguration meme Instagram filter: 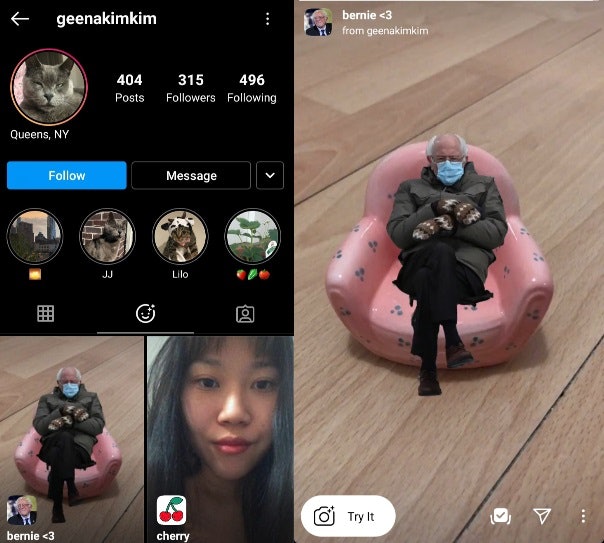 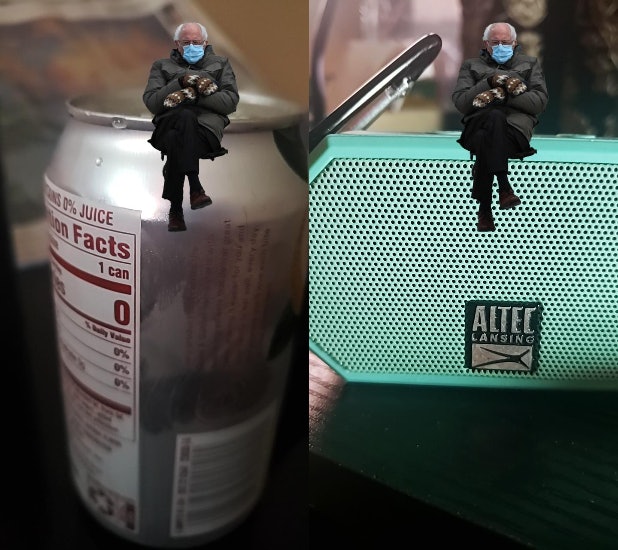 Other creators have also made similar Sanders filters, including @roseannnaaa’s "bernie" filter and @thesquibs’ "BERNIE" filter. You can also find a couple filters that put you in Sander’s infamous outfit, such as @petebregman’s "Bernie Mittens/Mask" filter and @madofficiel’s "BE BERNIE" filter.

Following his Inauguration Day stardom, Sanders reacted to the meme on Thursday, Jan. 21, during an interview with Seth Meyers on Late Night With Seth Meyers. When asked if he knew he’d become "the meme of the day," Sanders predictably replied, "Not at all. I was just sitting there trying to keep warm, trying to pay attention to what was going on."

Given his nonchalant attitude about the iconic meme, it’s not likely Sanders will be firing up the new IG filters, but his meme stans will have a hard time not using it for literally every post ever.