First, there was The Dress, which caused an internet knock-down drag-out over whether it was gold and white or blue and black, depending on whom you asked. Next, there were The Vans, another poor-lighting situation that caused a swift chasm between the pink-and-white camp or the mint-and-white camp. Most recently, Billie Eilish’s Nike sneakers are the internet’s next debate, and now, however, there are three factions: the pink-and-white supporters, the mint-and-white supporters, and the "please no more, I only have two brain cells left, and 2020 has taken so much" camp. FWIW, I am fully in the third.

It appears Eilish spent the better part of the day on Sunday, Oct. 17 taking to her Instagram story to express straight up disbelief over the fact that the color of her Nike Air Uptempo Sneakers was even up for debate. Apparently, several people in her life thought the shoes were pink and white when looking at a picture of them. Although, they changed their tune upon seeing the shoes IRL. Regardless, the minute Eilish shared the debate on social media, panic ensued on Twitter. "HOW TF ARE THEY MINT AND WHITE AND NOT PINK AND WHITE!?" one Twitter user wrote. Another said, "Every time I look at Billie Eilish’s story those shoes are a different colour." As for me? I’d like to return to a time where I didn’t even know these godforsaken sneakers existed. 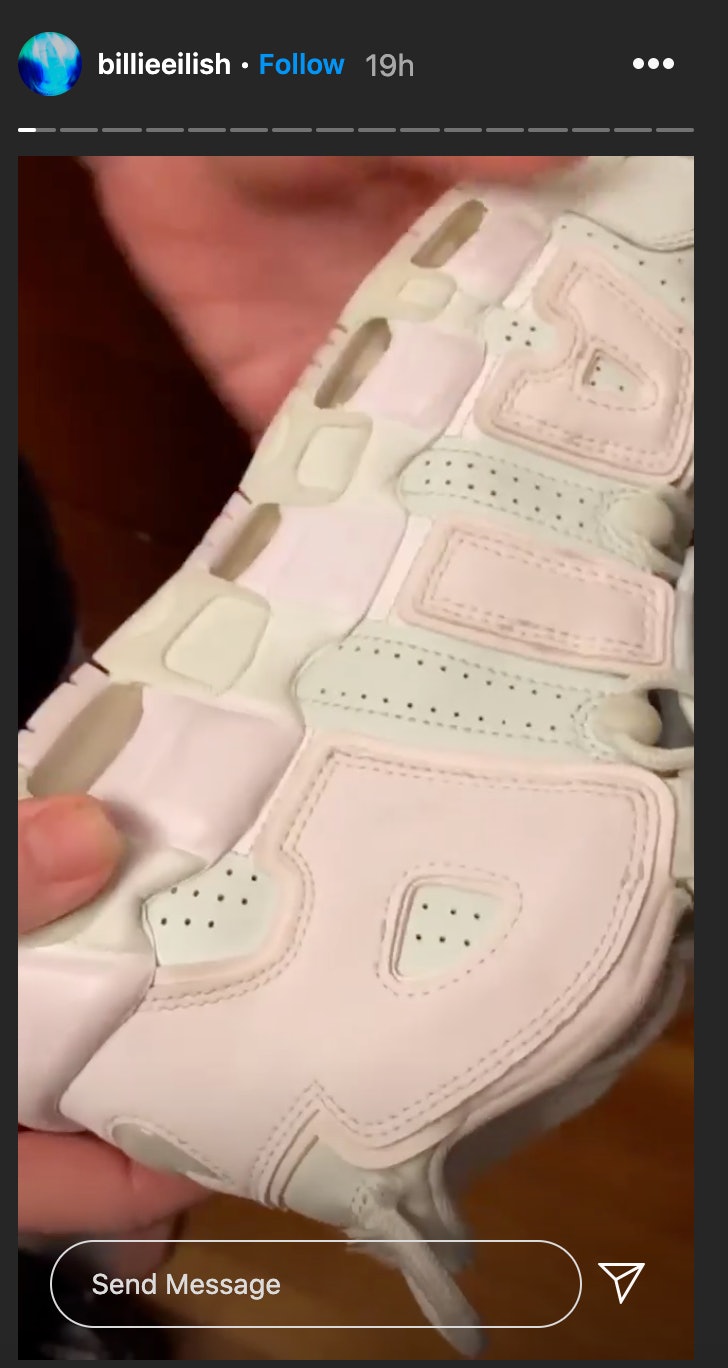 To clarify, the shoes are, in fact, mint and white, according to both Eilish, who owns the sneakers, and Nike, who made the sneakers. In later Instagram Stories, Eilish even took the sneakers into natural light and placed them up against both pink and white items to prove her point. That clearly did not put out the internet fire this debate started. Just look at the panicked tweets below:

Knowing all this information, where on the spectrum do you fall? A) Pink and white? B) Green and white? Or C) Sneakers? I don’t know her.