Home » Celebrities » These ‘Chilling Adventures Of Sabrina’ Bloopers Are So Wholesome

These ‘Chilling Adventures Of Sabrina’ Bloopers Are So Wholesome 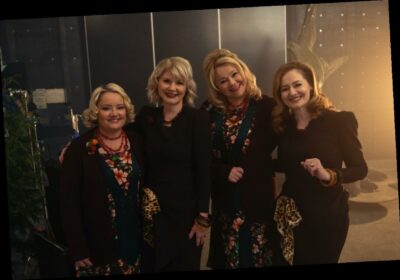 It’s a truism in the theater world that a lousy rehearsal makes for an outstanding performance. That’s a saying for film too, where bad first takes for movies and TV series abound. Even the best of actors forget lines or have a prop go wonky, or have a set-piece fall over at the wrong time. While some shows that taken themselves too seriously erase the evidence of these errors, those who can laugh at themselves collect them into blooper reels. These Chilling Adventures Of Sabrina bloopers are a reminder that witchcraft never goes perfectly, even on Netflix.

But the best bit of the final blooper reel for CAOS is that it’s not just one that covers Part 4 of the show. As countless critics have reminded everyone, Part 4 is the second half of the second season, making Parts 3 and 4 one collective story. The bloopers are one collective set as well, encompassing both halves of the series two 2020 releases. The first half of the mistakes all come from Part 3 (with a particular group just for the musical numbers), and then the latter half featuring Part 4 best bloopers.

This collection includes the actors missing lines, failing to blow out candles, and my personal favorite, a phone that jumps right off the wall when it rings. Check out the ridiculousness that happened behind the scenes.

If fans wonder why the cast was so giddy while filming the show’s final set of episodes, the answer is relatively straightforward. They had no idea this was the end of the show. Speaking to reporters during a roundtable ahead of Part 4’s release, actress Kiernan Shipka, who plays the titular Sabrina, said no one knew the series was canceled when they were filming it. If she had, she would have grabbed a few souvenirs.

Shipka missed out on taking home props, but the video shows the cast made wonderful memories throughout filming these last episodes, and a few mistakes. Good thing Netflix is letting fans enjoy them.

All episodes of Chilling Adventures Of Sabrina are streaming on Netflix now.