Home » Celebrities » 'There Were Red Flags': Mom's Boyfriend 'Isolated' Her From Family Before Allegedly Murdering Her Son

'There Were Red Flags': Mom's Boyfriend 'Isolated' Her From Family Before Allegedly Murdering Her Son 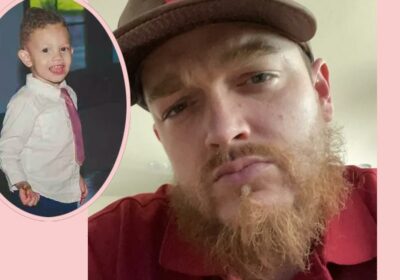 The more information that comes out about this case the more horrified we are — and the more it seems clear there were all too many red flags.

As we reported earlier, 35-year-old Brandon Toseland (above) was arrested after his girlfriend claimed he had held her and her children against their will — resulting in her young son’s death. By Tuesday night Toseland had not yet been charged with the boy’s murder. That has since changed.

Toseland appeared in court on Wednesday where he faced one count of murder and two counts of kidnapping for his alleged crimes, all uncovered thanks to the bravery of a very scared little girl.

In their press conference Tuesday night, police explained that the mother — whose name is still being kept from the public — sent her daughter to school with a mission: to give her teacher a note that “indicated that her mom was being held against her will” in their Las Vegas home. The teacher immediately called the police, who went to the mother’s home and arrested Toseland trying to leave in a car with his girlfriend.

In a subsequent interview she told police she was not allowed to leave the house and had been the victim of domestic violence for months. She also revealed she hadn’t seen her son alive since December 11 — and the responses Toseland gave to her questions made her believe he was no longer living. Authorities say they searched the house and found the body of her son, now identified as 4-year-old Mason Dominguez, in a freezer in the garage.

It’s all so horrible.

Now we have heard from a source with more insight on the history of the case: Mason’s grandmother. Diane White-Maldonado told The Sun her daughter and granddaughter are both now safe with her after being rescued, but as you might expect she is shaken to her core:

“I’ve been able to talk to her. I went to pick her up yesterday. She’s been around us and falling apart. I don’t want to get into anything more that.”

Diane revealed that her son-in-law, the children’s biological father, Elijah Dominguez, had died in January 2021. A few months later her daughter had brought Toseland around to meet her parents, introducing him as her new boyfriend. He immediately gave off scary energy. She spilled:

“There were red flags right away in his first encounter with our family. And I think he knew that.”

Instead of trying to win over his girlfriend’s parents, Toseland kept her away from them. As Diane put it:

“He chose to stay away. He worked on isolating her from our family because he expressed some jealousy and insecurities.”

We’ve certainly heard this before. Abusers isolate their victims from family and friends, anyone with any influence who might compete for their affections — and who might notice how they’re being treated.

There is a GoFundMe set up for Mason’s family to bury him next to his father. In the post, family member Ariel Lopez writes:

“Mason Dominguez was just like any other 4 year old, happy, sweet, intelligent, very out-going! He’s super loved by his aunts, uncles & cousins. His dad loved him so much, he made him super happy that he looked & acted just like him.”

Then it gets dark:

“Unfortunately, On February 22, 2022, My family had discovered our sweet Mason was murdered by people who, he thought he could trust.”

“When my uncle passed away a year ago, my family or I couldn’t see Mason. We missed him & his sister very much but to know we won’t ever see Mason again hurts the whole family 1000x more. We had always hoped we would be able to see him again, at least once… just to give him a hug ? A kiss & tell him we love him…”

If you or someone you know is experiencing domestic violence, please reach out to the National Domestic Violence Hotline at 1-800-799-7233 for support.