Home » The Truth About Prince Philip’s Bond With His Grandchildren

The Truth About Prince Philip’s Bond With His Grandchildren 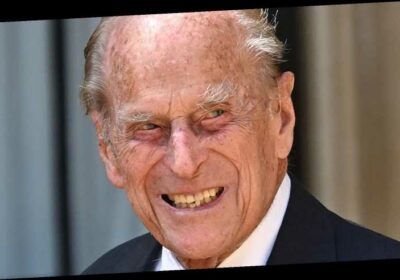 The Duke of Edinburgh, Prince Philip sadly passed away on April 9, 2021 at Windsor Castle. He was 99 years old and the husband of Queen Elizabeth II for 73 years, per BBC. Buckingham Palace was the first to share the news reporting, “It is with deep sorrow that Her Majesty The Queen announces the death of her beloved husband.” The Palace added, “The Royal Family join with people around the world in mourning his loss.” The royal couple shared four children together, Charles, Prince of Wales, Anne, Princess Royal, Prince Andrew, Duke of York, Prince Edward, Earl of Wessex, and were grandparents to eight grandchildren, three of them being Prince William, Prince Harry, and Princess Eugenie.

Throughout his years as the patriarch of the family, Town & Country reports that he “endeavored to teach his children and grandchildren about strength, dedication, confidence, and endurance” with the Queen referring to him as her “strength and stay.” In 2016, Prince William backed these statements, too. Here’s what he had to say about his grandfather and the special bond Prince Philip shared with his family.

Back in 2016, Prince William was asked by actor Matt Smith for advice on how to play his grandfather, Prince Philip in Netflix’s The Crown. The pair, according to Digital Spy, bumped into one another at a charity polo match ahead of filming the first season of the now mega-hit drama series. Smith told the outlet that as he was excited to play Philip he wanted to ask a source close to the royal to get a better understanding of his character, and what better person to ask than the Duke of Cambridge? When asked what his advice would be, all William said was “just one word,” says Smith. That word? “Legend.”

William isn’t the only grandchild to open up about Philip either. According to Town & Country, Princess Eugenie, the daughter of Prince Andrew, said in the documentary Our Queen at Ninety, “I think Grandpa is incredible.” She added, “He really is strong and consistent. He’s been there for all these years, and I think he’s the rock, you know, for all of us.”

It is safe to say that Philip will be missed by his grandchildren and the rest of the royal family.