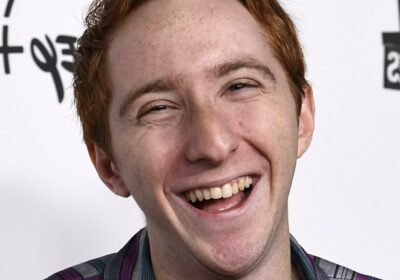 With the second season of the mockumentary show “High School Musical: The Musical: The Series” set to debut in a few days, fans are wondering where actor Larry Saperstein will fit into the mix. Saperstein stars as “Big Red” in the series, the red-headed wingman of Ricky (played by Joshua Bassett). His character’s real name has yet to be revealed per Teenplicity, though the “HSMTMTS” Instagram page hinted at a few origin stories. So far, Saperstein has yet to have as much screen time as other cast members.

Series creator Tim Federle told Decider that Season 2 will focus more on other characters, and not just Nini (Olivia Rodrigo), EJ (Matt Cornett), and Ricky. In addition, Saperstein explained to Teenplicity that he’s excited for viewers to see his character develop. “One of the coolest things about our show is that none of the characters are one dimensional,” he said. “We all develop into real, full people. Big Red definitely has some funny and goofy moments, but the show also takes the time to develop him as a sensitive, heartfelt person, and I can’t wait for the world to see that side of him.” Viewers may also see more than just character development. Saperstein is actually a talented tap dancer, via Teenplicity. But what else has Saperstein done in his career that helped him land his big break?

As it turns out, Larry Saperstein has been dedicated to an acting career since he was a child. At just three years old, he appeared in a production of “Working” alongside his father, via Saperstein’s website biography. He also attended summer camp for nine years at the Usdan Center for the Creative and Performing Arts in New York, where he developed his skills and made industry connections.

With the acting bug engrained in his system, Saperstein appeared in various local plays and musicals as a teen, before landing his first professional role as Charlie Bates in “Oliver!” at the John W. Engeman Theater. He also began receiving acting credits on IMDb for his performances in the TV movie “Fan Girl” and the TV series “The First Wives Club.”

Saperstein often talks about the irony of the character he plays in “HSMTMTS.” In an interview with Screen Rant, he noted, “It was really fun in season one to play Big Red as someone that doesn’t know anything about theater, and to watch him learn about that throughout the season.” Fans can’t wait to watch Big Red’s transformation in the second season of “HSMTMTS,” which begins on Disney+ on May 14.