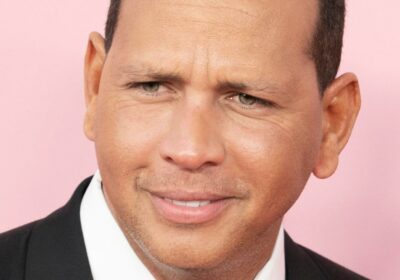 While many people are thrilled about the alleged reunion between Jennifer Lopez and Ben Affleck, it’s safe to say that Alex Rodriguez isn’t one of them.

After several years together, Rodriguez and Lopez called it quits on April 15, 2021, saying that they “are better as friends” (via Today). Their breakup came after months of speculation, with the couple debunking initial reports that they were splitting up in March. Alas, their romantic relationship did indeed come to an end, though many fans wondered if the two might be able to reconcile their relationship down the road.

Fast-forward a couple of weeks, and rumors began swirling that Lopez was indeed reconciling an old relationship — but not with Rodriguez. Instead, Affleck was seen spending time at her LA mansion, though reports initially said that they were just friends. The two actors have quite a history, first getting together in 2002, becoming engaged, but ultimately calling off the engagement in early 2004.

Needless to say, a “Bennifer” reunion was unexpected, but exciting for fans of the couple, and things seem to be getting more intense as the duo just returned to LA after a days-long Montana vacation together (via People). After weeks of excitement about a Bennifer reunion, Rodriguez has made it clear that he’s not thrilled about it by throwing some subtle, but telling shade about the situation — keep reading to see what he said.

Alex Rodriguez had an eyebrow-raising response to Bennifer's vacation

As things continue to possibly heat up between Jennifer Lopez and Ben Affleck, the singer’s ex-fiance Alex Rodriguez had a shady response to the whole situation. On May 11, 2021, Rodriguez was spotted out and about for the first time since news of Lopez and Affleck’s Montana trip broke. As Rodriguez prepared to enter a Miami restaurant, someone asked him what he thought of their vacation. “Go Yankees,” the former baseball player responded, via Page Six.

Now, in some ways, Rodriguez has taken a safe approach in his response. He kept it short and sweet, though there was definitely a hint of shade in his choice of words. Affleck is an avid fan of the Boston Red Sox and has been for years, whereas Rodriguez famously played for the New York Yankees. Where does the shade come in? Well, the two teams are notorious rivals, making Rodriguez’s seemingly out-of-nowhere declaration of support for the Yankees a little bit shady.

Will J.Lo or Affleck comment on any of the drama? Or, better yet, will they publicly confirm or deny their relationship? Only time will tell, but in the meantime, we’ll be on the lookout for more Bennifer sightings — though it’s safe to say that Rodriguez probably won’t be doing the same.