The Shocking Thing This Lawmaker Just Said About Nancy Pelosi 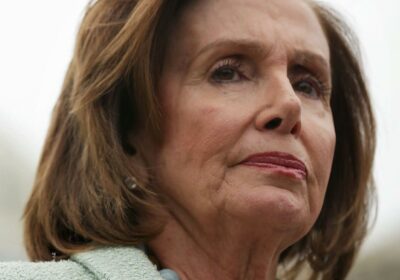 Even before President Joe Biden was sworn into office in January, congressional Republicans were arguably already setting their sights towards the 2022 midterm elections in the hopes of taking back the House and the Senate, which were ushered in as a unified Democratic front along with Biden’s win.

While traditionalist “Never Trumpers” within the GOP might have their own prerogatives in flipping both factions of Congress, it also seems that it’s the Trump supporters still within the party who are most openly leading the charge for 2022. And it seems like making envelope-pushing (if not envelope-tearing) statements are still in the playbook.

Perhaps among those who possibly have the most to gain from a Republican majority is none other than Republican House Minority Leader Kevin McCarthy, who has made it exceedingly clear that he’s eyeing the seat now currently occupied by House Speaker Nancy Pelosi. But as CNN reported on August 2, a glaring remark concerning his congressional rival has seemingly put McCarthy, who has remained one of Trump’s most ardent supporters, in hot water during a recent interview. But is it enough to usurp McCarthy’s chances of not only becoming House Speaker himself but of even keeping his seat? Read on to find out what he said. 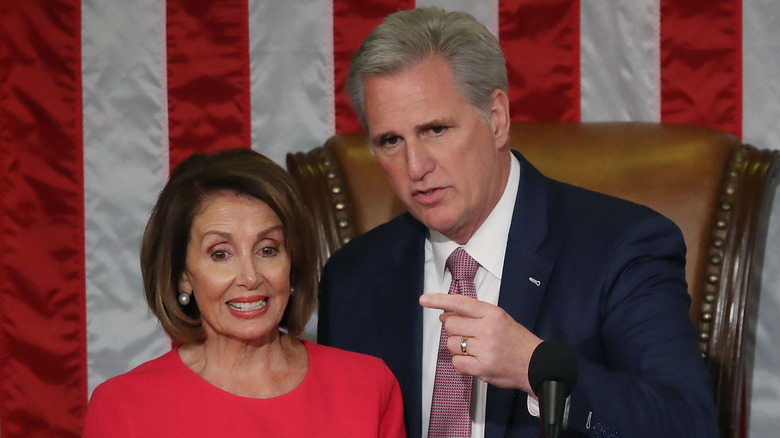 According to CNN, current House Minority Leader Kevin McCarthy (pictured right next to House Speaker Nancy Pelosi) caused an uproar following an appearance at a conservative fundraiser in Nashville, Tenn. while addressing attendees and urging them to focus on 2022 as a congressional linchpin (via Main Street Nashville). During his speech, McCarthy made what was purportedly a joke about his desire to take over Speaker Nancy Pelosi’s current role within the House. “I want you to watch Nancy Pelosi hand me that gavel,” McCarthy told those in attendance, before adding that “It will be hard not to hit her with it.” Ugh.

As CNN noted in their coverage, McCarthy’s statement received negative backlash from many on social media, with a number of high-profile Democrats calling out McCarthy for using violence — and specifically, violence against women — as a rallying point. Among those who responded, per CNN, was New York Rep. Hakeem Jeffries, who tweeted that “violence against women is no laughing matter,” before demanding McCarthy to apologize.

Others pointed out how deeply inappropriate McCarthy’s joke was in light of the Jan 6. Capitol insurrection, considering Pelosi was forced to hide from violent right-wing rioters during the siege who purportedly intended to capture her, severely injure her, or worse. Even as a joke, the premise of McCarthy’s “gavel” gaff arguably conjures up associations to that attack. As of now, McCarthy has yet to comment on the matter.