Home » Celebrities » The ‘Resident Evil’ Reboot Is Set to Hit Theaters This Year!

The ‘Resident Evil’ Reboot Is Set to Hit Theaters This Year! 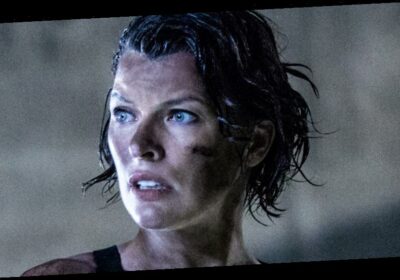 The release date for the upcoming Resident Evil reboot has been announced!

Deadline has revealed that the latest installment in the franchise will be released in theaters on September 3.

The film is an origin story starring Kaya Scodelario, Hannah John-Kamen, Tom Hopper, Robbie Amell, Avan Jogia and Neal McDonough. Milla Jovovich, who starred as Alice in the previous Resident Evil movies, is not involved in the reboot.

The reboot takes place on a fateful night in Raccoon City, which fans of the series will know is the center of a virus outbreak that throws the city, and eventually the country, into chaos. Kaya plays Claire Redfield, a major character from the video games who is heading into Raccoon City to visit her brother, played by Robbie.

Director Johannes Roberts shared in a statement, “With this movie, I really wanted to go back to the original first two games and create the terrifying visceral experience I had when I first played them whilst at the same time, telling a grounded human story about a small dying American town that feel both relatable and relevant to today’s audiences.”

A Resident Evil television series is also headed to Netflix. Click here to find out all the details!