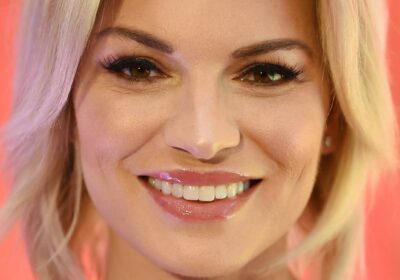 Lindsay Hubbard is getting real about what it’s like dating while starring on Bravo’s “Summer House,” and she isn’t painting too bright of a picture. In fact, during her May 13 appearance on Bachelor Nation’s “Click Bait” podcast, she said she even “hates” it.

“I hate it,” she promptly answered when asked by podcast co-host Tayshia Adams about what it’s like dating on a show much different from the various “Bachelor” shows. “Here’s the thing. Dating on TV might be one of the absolute hardest things to do and especially during a time where, you know, you’re literally like for the last five years watching me grow up and mature and learn very hard adult lessons on reality TV,” she explained. Lindsay added that she thinks seeing her life in such a real way is “really cool for viewers” because it makes her “relatable,” but admitted it’s hard to have so many judge her relationships.

Lindsay also broke down the difference between “Summer House” and “The Bachelor,” saying her show is less of a competition. “It’s like I’m actually dating this person and they’re pissing me off or I’m not getting what I need or ‘Do I move in with him?’ or do we take that next step into the next chapter together?” she said. “So it is really, really hard because it’s so incredibly personal,” she continued.

Lindsay also opened up about what it’s like dating with cameras physically following her. Keep scrolling to learn what she had to say.

Lindsay Hubbard said getting intimate with partners is tricky

Of course, the only way for fans to see into the lives of the cast of “Summer House” is for cameras to physically follow them. For Lindsay Hubbard, this became a tricky situation when wanting to get intimate with her past partners.

“You know there’s also those times when I had a boyfriend — you know, last summer — and I am going to get intimate with my boyfriend, but there’s a camera there,” she explained on the “Click Bait” podcast. “So, that’s something that you’re like, ‘Ugh God.’ You know? ‘What, am I supposed to not have sex for the next two months?’ Or, you know, do I just say, ‘Whatever, f**k it.’ Like, you know there’s a camera there and America’s gonna watch this,” the Florida native continued. When asked about if there is any privacy, Lindsay answered that the only place without cameras is the bathroom.

On the bright side, Lindsay thinks displaying her past unpleasant relationships on television has gained her a lot of support from fans. “I do think that it helps viewers want to root for me in the sense that they’ve seen me go through all of these f***ed up relationships and they really wanna see me with a guy who could be a good partner to me,” she shared.