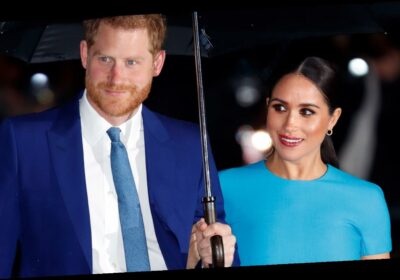 Social media can be a love-hate tool for many people, including celebrities. The opportunities for celebrities to connect with fans and promote their products or initiatives on social media platforms like Facebook and Twitter are endless, but the drawbacks are pressure to upload content consistently and being exposed to bullying, threats, and abuse — negative aspects that Prince Harry and Meghan Markle experienced during their time as working royals.

In fact, Markle spoke about her relationship with social media in October 2020, for an interview with Fortune and said that social media is addictive. “For my own self-preservation, I have not been on social media for a very long time,” Markle said. “I had a personal account years ago, which I closed down, and then we had one through the institution and our office that was in the U.K. that wasn’t managed by us—that was a whole team—and so I think that comes with the territory for the job you have.”

Seeing and experiencing the negative aspects of social media firsthand, it does not come as a surprise that Prince Harry and Markle have decided to set a new precedent with their non-profit organization Archewell by refusing to engage in any form of social media moving forward. Here’s why they decided to quit.

According to Entertainment Weekly via The Times of London, Prince Harry and Meghan Markle have “no plans” to use social media platforms for their new company Archewell and are “very unlikely” to return to using their own personal accounts on Facebook or Twitter. The reason the couple decided to quit was because they could not bear the “hate” they received on social media platforms when they worked for the royal family and would rather focus on their “progressive role” as activists in the United States with Archewell.

Prince Harry and Markle’s decision has been a long time coming as the latter had opened up about her experiences of being ridiculed online in 2019. Markle said she was the “most trolled person in the entire world” and the experience for her was “almost unsurvivable” because it damaged her “mental and emotional health,” per People.

Prince Harry was empathetic about his wife’s struggles as he too has been an advocate for social media reforms. “The experts describe it as an ‘attention economy,’ basically it’s a shouting match that benefits the wrong people,” Harry said about the negativity on social media, via USA Today. “Social media should focus on what really matters, the things that bind us rather than the things that divide us.”