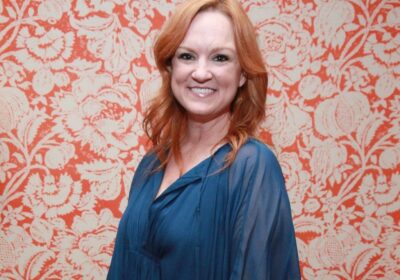 Celebrities can be great sources of advice. After all, many of them have risen to fame for a specific set of skills, and they have the resources and time to really practice to perfection. We can turn to them for tips on everything from skincare to fashion advice in order to reap the rewards of their dedication.

Sometimes, though, celebrity advice comes with a high price tag. They’re used to having the most expensive products and tools available without having to consider whether it’s in the budget. Most of us won’t be spending $200,000 a year on skin care products like Jennifer Aniston.

That’s why it was refreshing to hear The Pioneer Woman Ree Drummond honestly exclaim that a kitchen tool was useless. Rather than try to get fans to buy yet another thing they don’t need, Drummond was candid about making the most of what you’ve got.

Born as Anna Marie Smith in 1969, Drummond grew up in Oklahoma before moving to LA to pursue college. She majored in gerontology and had her goals set in law school.

She even had the school picked out in Chicago before love pulled her back to her home state, according to Biography.com. She met her husband, and the course of her future shifted dramatically.

After they married, Drummond settled back in Oklahoma, which is where her husband was a fourth-generation cattle rancher. They went on to have four children together, and the Drummonds own an immense tract of land measuring more than 400,000 acres.

Ree Drummond became the ‘The Pioneer Woman’ in 2006

In 2006, Drummond began sharing her experiences as a “pioneer woman” living a rancher’s life while homeschooling her children. She became an early success in the lifestyle blogger genre as fans flocked to her site to learn about the ins and outs of her life on the farm.

In 2010, her cooking became a real source of success when she beat Bobby Flay on the competition reality show Throwdown! with Bobby Flay. Her fame and reach has grown considerably over the years, and she has published multiple books — many of them cookbooks that focus on simple ingredients and accessibility for home chefs.

In 2011, she started hosting her own cooking show titled simply The Pioneer Woman, and her fame as a source of cooking inspiration grew even more.

Plenty of celebrity chefs have access to tools and kitchens that most home chefs could only dream of having. That’s why when Drummond called out a common kitchen tool for being completely useless, it was refreshing to hear. What’s this waste of space? A kitchen mallet.

As The Recipe reports, Drummond thinks that there are more versatile tools to put to the task of flattening and pounding. Her favorite alternative is simply an iron pan. With its heavy weight and convenient handle, giving meat a good thwack with the pan should serve the same purpose as a mallet — with even more surface area to work with!

Other alternatives include a rolling pin or even a can of soup. There’s no need to clutter up the kitchen with such a limited tool when most home cooks already have an alternative on hand.

The gadget that Drummond swears is worth its counter space, however, is a waffle maker. She even uses it to make pizza!