The Moment Alicia Keys Went Into a 'Full-Fledged Ugly Cry’ 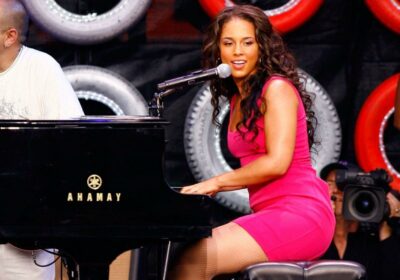 Alicia Keys has enjoyed a successful entertainment career. She shot to success with the release of her debut album, Songs in A Minor. However, the Grammy Award winner says there was a time in her career that caused her to go “into a full-fledged ugly cry.” Here’s what Keys said about that day.

Alicia Keys says it took a long time to know herself

During an interview with CBS Sunday Morning, she spoke about her journey toward self-discovery. That journey led her to write the book More of Myself. Before that experience, Keys says she didn’t realize she wasn’t self-aware. “I didn’t know that I didn’t know myself,” she says.

The singer says there was a time early in her career when she tried to please everyone, and it was exhausting. She wanted to make sure the doors of success remained open to her, so she tried to work harder than everyone else.

Why Alicia Keys went into an ‘ugly cry’

According to Keys, an entertainer’s second album usually doesn’t do as well, but to her surprise, her second project was a big hit. She says her life in the music industry was hectic after the release of her second album, The Diary of Alicia Keys. Before she knew it, she was on one tour after another, and she had to work at a frantic pace.

Keys enjoyed her success, but along with success came demands. She says people were demanding more of her attention and energy. Each day, it seemed more was required of her. Keys reached a point where she was afraid to say ‘no’ to people because she wanted to make everyone happy. “I no longer belonged to myself,” wrote Keys. She says he eventually became a “captive” to every request and demand.

Keys says one night after a concert she began to cry. After her manager asked what was wrong, she says she began to go “into a full-fledged ugly cry.” She was touched by her manager’s compassion. It helped to know that someone cared about her. Keys says she was crying because she was overwhelmed. She reveals she was “beyond burnout.”

Today, Keys makes sure to take time for self-care. She tells Marie Claire that she sets aside time to relax, and she sets boundaries.

“I don’t want every single minute of every day accounted for,” she tells the publication. “My time is important. I want to have time with my family. I want to raise my kids. I don’t want to always be 60,000 miles away.”

Keys also meditates. She spoke to USA Today about her mediation practice. “I have to be honest: The first time I tried the meditation, I was so tired that I fell asleep,” says Keys. “But the second time, I felt a little spark.”