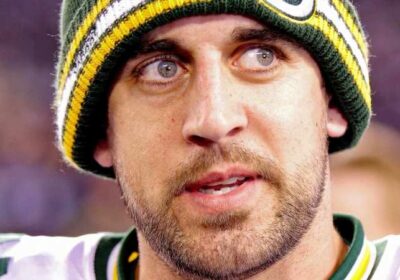 Green Bay Packers quarterback Aaron Rodgers has had a very impressive career. Having been drafted by the Packers in 2005, Rodgers has spent his entire professional career with the team, winning Super Bowl XLV in 2011 and earning the MVP title three times: in 2011 after his Super Bowl win, again in 2014, and most recently in 2020, making him the reigning Most Valuable Player, according to his bio on the Packers’ official website.

But after 16 successful seasons, it appears there may be trouble in paradise, as ESPN reported in April that Rodgers told members of the Packers organization that he did not want to return to the team. The report claimed Rodgers’ discontent stemmed from the team’s decision to draft a new, younger quarterback in the first round the previous year. The team’s general manager Brian Gutekunst, however, publicly doubled down on his commitment to Rodgers. “As we’ve stated since the season ended, we are committed to Aaron in 2021 and beyond,” he said to ESPN. “Aaron has been a vital part of our success and we look forward to competing for another championship with him leading our team.”

But on May 24, Rodgers publicly voiced his dissatisfaction with his current organization. What did he say, and what does it mean for his future?

Aaron's issues with the Packers stem from 'a philosophy'

On May 24, Aaron Rodgers candidly spoke about his current attitude toward the Green Bay Packers on ESPN’s “SportsCenter.” When host Kenny Mayne asked Rodgers how long he would stay with the team, Rodgers replied, “Anything’s on the table at this point.”

He also clarified the rumors that his issue stemmed from the team drafting younger quarterback Jordan Love in 2020. “My situation has never been about … picking Jordan,” he told Mayne. “I love Jordan. He’s a great kid. A lot of fun to work together. I love the coaching staff, love my teammates, love the fan base in Green Bay. Incredible, incredible 16 years.”

Rodgers went on to vaguely state that he and the Packers differed in “philosophy,” saying, “It’s just kind of about a philosophy, and maybe forgetting it is about the people that make the thing go. It’s about character, it’s about culture, it’s about doing things the right way.” He continued, “A lot of this was put into motion last year, and the wrench was just kind of thrown into it when I won MVP … So this is just kind of a spill-out of all that, but it is about the people.”

While Rodgers’ future with the Packers remains unclear, he has made it clear that he is open to branching out from the NFL. He has previously guest-hosted “Jeopardy!” and said “it would be a dream” to become the permanent host.