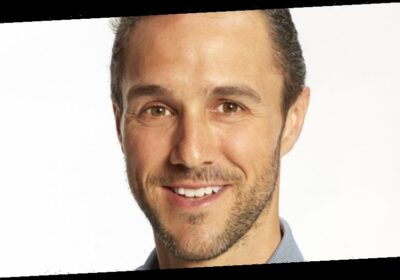 The Bachelorette‘s Zac Clark is speaking out about his struggles with addiction.

The 36-year-old addiction specialist got candid on an episode of the Heart of the Matter with Elizabeth Vargas podcast and disclosed that at the height of his addiction he convinced his doctor to remove his gallbladder in order to get more pain pills.

He told host Elizabeth Vargas, “I’ll never forget — I went to an Eagles game on a Sunday and overdid it, which basically means I did all my drugs. So I woke up Monday morning with nothing left and I was sick.”

“I had this crazy thought because I was feeling sick that I was going to go to the hospital and talk a doctor into giving me some medication,” Zac said. “I didn’t know what my plan was‚ and then I think dehydration or something kicked in and I felt my side. I was like, ‘I think I can figure something out here.’ I think I Googled whatever symptoms I had to Google.”

Zac persuaded his doctor to give him the surgery and said he received the pain medication Dilaudid “within a half hour.”

“Right before — you know, they put you under, I mean, they knocked me out for that surgery — the doctor looked at me in the eye and he goes, ‘You know what we’re doing today, right?’” he recalled. “I said, ‘Yeah, you’re taking my gallbladder out.’ He said, ‘Before I put you under, I just want to make sure you want to go through with this.’ And I was like, ‘Yep.’ And I did it. It was nuts.”

Zac, who won the most recent season and is now engaged to Tayshia Adams, has been sober since 2011.

He recently opened up about what it was like to go through The Bachelorette sober on an episode of Tayshia‘s Click Bait podcast. Find out what he said here!