The Guild told The Wrap Terry Rawlings died at his home in Hertfordshire. They also shared the news on twitter, saying: “It is with very great sadness that the Guild of British Film and Television Editors reports the death of Terry Rawlings, film editor extraordinaire, this morning – 23rd April 2019.” As a film editor, Rawlings received an Oscar nomination for his work on Chariots of Fire back in 1981. His career also boasted credits for Alien 3, GoldenEye, and Watership Down.

Rawlings is thought to have been 85 or 86 years years old at the time of his death.

In 2006, he was awarded the career achievement award by the American Cinema Editors society.

On Twitter, the official Alien Anthology account wrote earlier today: “Rest in peace, friend. Thank you for your extraordinary work on Alien, Alien 3 and all the other films you helped bring to life with your remarkable talent.

“We will miss you here but we’re so glad your legacy lives on.”

Sony Movie Channel were among those who took to social media to pay tribute following the news of his death, saying: “We’re sad to hear of the death of #TerryRawlings (1933-2019) Oscar-nominated editor of Chariots of Fire (1981).” 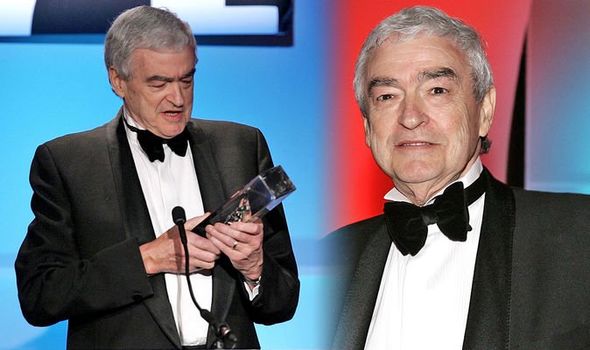 “I’m saddened but he passing of film editor extraordinaire Terry Rawlings,” he said. “An honour to have him share his memories in my docs on Alien, Alien 3 and Blade Runner, he was also an invaluable advisor on Legend: Director’s Cut and Alien 3: Assembly Cut.”

Film editor Josh Ethier tweeted: “An absolute legend. One of the greatest ever to cut film.

“A little known fact, he was the dubbing editor on Ken Russell’s The Devils. What a career, what a life. Godspeed, sir.”

Writer and producer Bryan Fuller also paid tribute on social media, while many fans took to Twitter to share memories of some of the incredible movies which form Rawlings’ legacy.

In an interview with Ben Simon for Animated Views, Rawlings previously opened up about his impressive career, saying: “Alien was one of the most exciting period of editing I have ever had, I think, because I was doing this really for the first time on my own, having done Sentinel.

“Watership Down wasn’t quite the same,” he continued. “But this, even though it wasn’t a big film when we first started — it was going to be just an ordinary little horror film, or a little space journey film, nothing special — and yet it just developed into this monster, literally!”

Explaining the title, he said in a 2012 interview: “I was the only editor, and the reason I had to have that was I wasn’t a member of the American union then.

“To work over in America was very difficult because of union problems and I had to work on the film in a little hotel place because I wasn’t allowed at Warner Bros. to cut it there,” he added.