Another major celeb has joined OnlyFans, and he has fans howling already!

Tyler Posey of Teen Wolf fame announced on Monday that he had joined the NSFW-friendly site — just after his ex Bella Thorne was the catalyst for some MAJOR changes which left creators feeling less than thrilled.

On Monday, the 28-year-old hottie shared a new video on his Instagram account, featuring clips from his hit MTV series… plus a new video of himself in the nude, strumming the guitar while sitting on a stool. Take a look for yourself (below):

You guys asked for it, and I supplied. I now have an only fans. Follow the link in my bio and come get wet with me! haha

While he didn’t exactly specify what type of content subscribers will be receiving, he did promise that they would “get wet with me.” BTW, interested parties can subscribe to his content for $14.99 per month! He’s no stranger to sharing spicy selfies, or even cooking in the nude (inset, above), so we wouldn’t be totally shocked if he went the NSFW route…

As we mentioned, his ex Miz Thorne set the internet ablaze back in August when she announced that she’d joined the site. After setting an INSANE record by making $2 million in subscriptions in just two days, she hit a wall of controversy. Apparently she was selling access to “no clothes naked” photos priced at $200 per view. However, it turned out these pics didn’t include any actual nudity, just the kind of nearly nudes she’d been posting to Instagram for years! Buyers began requesting chargebacks en masse saying they had been hoodwinked by the Disney Channel alum, leading the company to make BIG changes to their policy.

Because of this, users will get paid out every 30 days instead of weekly. The site also maxed out tipping at $100 and decreased the max upcharge to $50 per post. All of this to say, creators who rely on the site to pay their bills (read: not famous celebs), were SERIOUSLY pissed off. 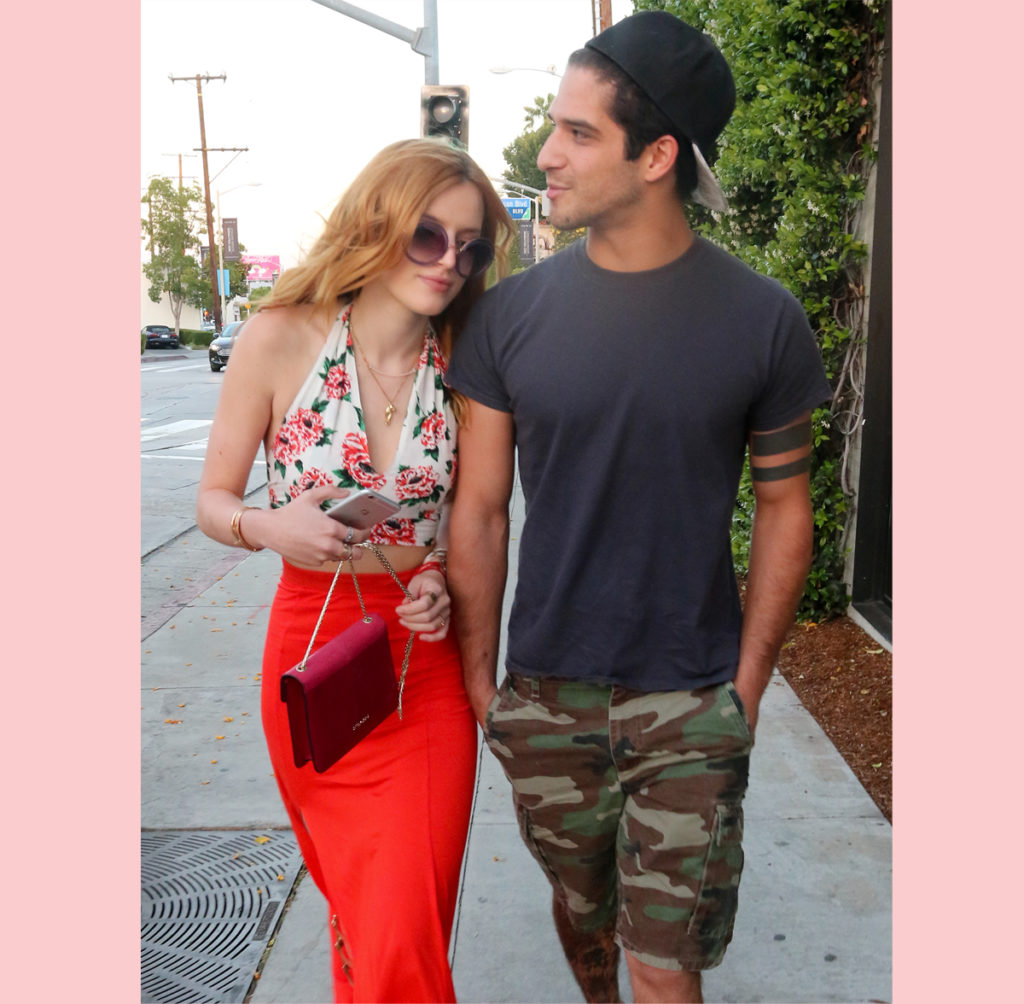 Via Twitter, the 22-year-old apologized, sharing her intentions behind joining the site were only pure ones, and she did not intend to disrupt anyone’s income:

“ remove the stigma behind sex, sex work, and the negativity that surrounds the word ‘sex’ itself by bringing a mainstream face to it. That’s what I was trying to do, to help bring more faces to the site to create more revenue for content creators on the site. I wanted to bring attention to the site–the more people on the site, the more likely of a chance to normalize the stigmas. I am a mainstream face, and when you have a voice, a platform, you try to use in helping others and advocate for something bigger than yourself. Again, in this process, I hurt you, and for that, I’m truly sorry.”

Of course, it was too late by then — the damage was done.

Guess we’ll just have to wait and see if Tyler’s presence on the site creates the same tidal waves!