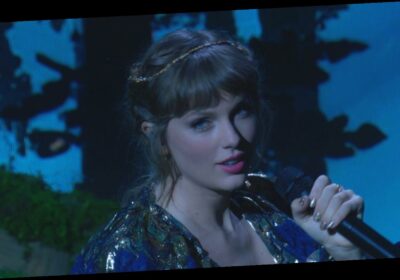 Taylor Swift wears a blue dress for her performance at the 2021 Grammys, airing from Los Angeles on Sunday evening (March 14).

The 31-year-old entertainer was joined for a live rendition of “Cardigan” by her collaborators Jack Antonoff and Aaron Dessner.

The trio also hit the red carpet, and even posed together for a few photos.

If you missed it, during the Grammys, the Spirit Untamed teaser trailer aired, which features the yet to be released “Wildest Dreams (Taylor’s Version).” Check it out right here!