Taylor Swift, 31, wished Beyoncé a very happy 40th birthday in an epic star-studded video! “The fact that you have paved the road that every female artist is walking down now,” Taylor said in the video, which was put together by Harper’s Bazaar magazine. “The fact that you’ve done so with such kindness and such grace…to say I admire you — there’s just not a word for it,” the Folklore singer added, looking gorgeous in a long floral flock with a red lip.

Many other celebrities also appeared in the star-studded four-minute clip, including her Taylor’s close friend and Beyoncé’s “Perfect Duet” collaborator Ed Sheeran, 30. “My favorite Beyoncé song would be ‘Smash Into You’ off Sasha Fierce,” Ed began, as he sang a couple lyrics from the tune. Oprah Winfrey, Reese Witherspoon, Jennifer Hudson, Kerry Washington and Chris Martin were just a few of the names who also appeared via video for the virtual birthday tribute. 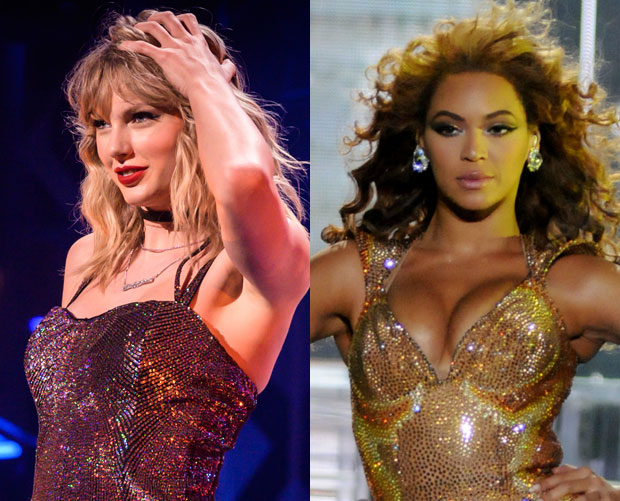 Oprah was glowing as she gushed about the superstar singer, filming outside in what appeared to be her sunny backyard. “The 40s are everything you have been waiting for!” the former talk show host, clad in a red sweater and glasses, urged.

Reese, 45, went on to call the Ivy Park founder “an incredible force of nature, light and beauty in this world,” while Mindy, 42, noted she “couldn’t believe” how much the former Destiny’s Child singer had “accomplished” in just 40 years.

Tributes poured in for the Houston native on social media for her big day, which fell on Saturday, Sept. 4 — including from her stunning mom Tina Knowles, 67! “You are the most honest, intelligent and creative person I know! That Virgo mind is always 10 steps ahead. There is not a mean bone in your body and no bitterness in your heart!! (Sometimes that is mind boggling ) somehow you have managed to look at the glass half full!!” Tina penned via Instagram, sharing a throwback video clip of her eldest daughter.