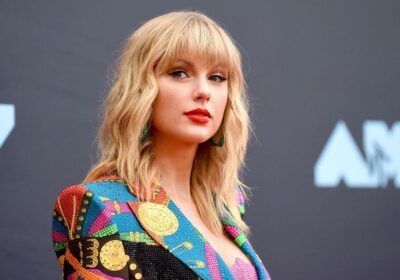 Taylor Swift has reportedly bought a modest family car in a bid to drive around London under the radar.

The American superstar, who lives with her actor boyfriend Joe Alwyn in their swanky £7 million home in Primrose Hill, north London, has sought to find a way to keep her identity secret during her day to day life travelling around the city.

The vehicle is said to be a Nissan, and cost the country pop princess £25,000.

Taylor, 32, is worth an eye-watering £310 million, but is said to love how "practical" her new car is, and is excited to have more freedom to travel around London undetected. "Taylor loves her new practical car which means she can drive around London without getting spotted," a source told The Sun.

"She could have any car she wants but knows she won’t draw any attention in her new family motor."

The Willow hitmaker is used to splitting her time between the UK and her home in the US after being in a relationship with Conversations with Friends star Joe, 31, for more than half a decade now.

But over the pond, Taylor has a much more impressive set of wheels, as she owns her own Dassault-Breguet Mystery Falcon 900 private jet. The plane cost Taylor £40 million. What's more, Joe himself co-wrote two of her Evermore tracks and two from her Folklore album, both written and released during the pandemic.

At the time, Taylor was in a relationship with another fellow Brit, dance musician Calvin Harris, but he didn't attend the event with her.

Fans have since speculated that Taylor and Joe met during the gala because of some cryptic lyrics in her song Dress. While the singer hasn't confirmed this, she croons in one of the verses: "Flashback when you met me / Your buzzcut and my hair bleached."

Taylor wore her normally honeyed-blonde locks in an edgy platinum bleached blonde chop at the event, just like the track, and Joe arrived with a shaved head.

In May 2017, the pair were first reported to be dating.

It comes as fans of the singer are eagerly-awaiting the next music drop as she is currently promoting the release of This Love (Taylor's Version), which also appears on the soundtrack to Amazon's new teen drama The Summer I Turned Pretty.

The star also hinted at redoing songs from her hugely-popular 1989 album, as she posted on Instagram: "This Love (My version!) is out & I’m currently reliving the 1989 tour in my head and spiralling, it’s fine."