Tavi Gevinson Calls Out Karlie Kloss on Instagram & Gets Restricted 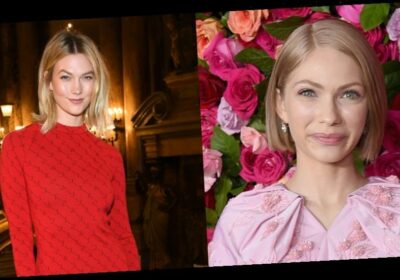 Tavi Gevinson is calling out Karlie Kloss for her politics on Instagram.

On Wednesday (January 6), Karlie tweeted that the riots at the U.S. Capitol and ensuing violence were “anti-American.” Commenters were quick to point out her connection to in-laws Ivanka Trump and Jared Kushner, suggesting she speak to them about the situation. Karlie responded, “I’ve tried.”

PHOTOS: Check out the latest pics of Karlie Kloss

Tavi posted a screen shot of Karlie‘s tweet to her Instagram stories, with the caption, “What Karlie means to say is: ‘I have no real interest in using my political power so much as maintaining a watery ‘feminist’ liberal brand while protecting my ties to the Trumps and Kushners.” She added that Karlie has “chosen to help legitimize their bigotry by branding us as simply have different ‘political views.’”

The Gossip Girl star posted an update Friday (January 8), where she shared a screen shot of a comment she had left on one of Karlie‘s Instagram posts with the caption, “Karlie Kloss restricted me”, along with a gravestone emoji.

Tavi is friends with Karlie‘s former bestie Taylor Swift, who just released a song fans think is about the supermodel – you can listen to it here.