Home » Celebrities » Sustainability: Why Risk-Taking Is Part of Success

Sustainability: Why Risk-Taking Is Part of Success 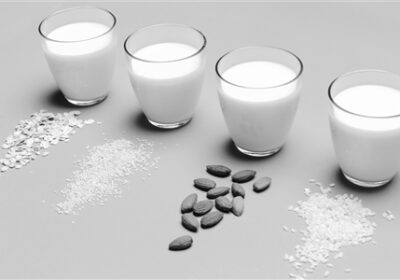 In 2005, Turkish immigrant Hamdi Ulukaya took a risk and bought a recently closed yogurt factory with an ambition: to make yogurt that was on par with the yogurt he had grown up with back home. For an entrepreneur, opening your own plant is no easy feat, so this was a golden opportunity. Today, Ulukaya’s company, Chobani, is one of the most recognizable Greek yogurt brands in the U.S. So in 2019, when the brand launched its first dairy-free yogurt line, the educated risk the business took was headline-worthy.

Our planet is in very real danger because of climate change. Some global communities are already facing the consequences of decades of barely regulated carbon emissions caused by multiple industries: food and agriculture, transportation, fashion and more. The world doesn’t need to come to a grinding halt to reduce carbon emissions, but industries do need to make changes and make them fast.

Chasteness, Soda Pop, and Show Tunes: The Lost Story of the Young Americans and the Choircore Movement

When it comes to emissions from food, animal agriculture is responsible for the lion’s share. But also, from a business perspective, plant-based milk’s growing presence in the dairy aisle has only served to increase its popularity. That’s why it’s hopeful to see large companies like Chobani read the tea leaves, step outside of their comfort zones and smartly adjust their strategy to speak to the market around them. And they’re not alone in that thinking.

This year, celebrated chef Daniel Humm announced that his upscale restaurant, Eleven Madison Park, would be plant-based going forward. It was a huge announcement in the culinary industry, to say the least. The upscale restaurant had long been known for elevated and decadent dishes such as lavender-honey glazed duck, foie gras and lobster Newberg — all grounded in French cooking.

Humm’s actions haven’t come without critics essentially wondering if the fine-dining world is ready for upscale plant-based food. But the message was clear: His announcement almost immediately sparked a 15,000-name-long waiting list. Humm took a leap in the name of sustainability, despite the risks that came with taking away the meaty Michelin-starred cuisine beloved by Manhattan’s elite. So far, it seems to have paid off.

But it’s not just the food industry taking risks. For years, Stella McCartney’s high-fashion brand has billed its merchandise as vegetarian, proving prescient. Earlier in 2021, luxury fashion-house Hermès announced that it would sell a version of its signature travel bag made from a leather alternative — not fossil-fuel-based pleather, but mushroom leather, created by a biotech company in California.

Karl Lagerfeld released its signature K/Kushion bag made from cactus-based leather. H&M has experimented with more sustainable alternatives such as plant-based materials and recycled polyester. Ganni, a Danish ready-to-wear fashion brand, recently pledged to eliminate leather from its collections entirely, replacing it with an alternative made from the skins of wine-industry grapes.

These evolutions are necessary steps in meeting customer expectations while working toward lowering the planet’s carbon footprint. In fact, that consumer demand is so formidable that the industry is responding with eco-labels. Consumer demand is outpacing “eco-friendly” labeling, which is why some companies, stuck in their old ways, will struggle to keep their market shares. Which brings us back to the dairy industry: Why else would they fight so hard to keep dairy terminology off plant-based products?

Elmhurst, a once-successful, nearly century-old dairy brand, actually shuttered in 2016 — only to successfully resurrect itself a year later as a plant-milk company. I wonder, which company will be the next Elmhurst? In the fine-dining world, who will follow in the footsteps of Daniel Humm? Countless fast-food restaurants have embraced meat-free alternatives, but which upscale restaurateurs will have the confidence, the vision to go meat-free?

An aggressive pivot toward sustainability is a survival tactic, not just for the planet, but for the future of your brand, too. After all, there is no reward without risk.