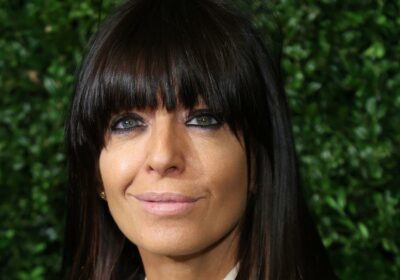 Claudia Winkleman is being lined up for her own chat show by BBC bosses, according to reports.

The Strictly Come Dancing host, 50, is reportedly set to get her very own Graham Norton style show in the near future, after wowing TV bosses with her presenting skills over recent years.

Claudia, who hosts BBC One's Strictly alongside Tess Daly, 53, has already filmed a pilot of 'The Claudia Winkleman Show' with So Television, the same team behind The Graham Norton Show, reports The Sun.

The pilot "went down a storm" with executives, a source has claimed, and there's already a lot "buzz" about the prospective chat show.

OK! has contacted representatives for Claudia.

A TV source told the publication: “Claudia is fast becoming one of the most popular presenters on the Beeb. Her chat show pilot went down a storm with execs and there is a lot of buzz about it already.

“She has a razor-sharp wit and knows everyone in the industry, so she’d be perfect.”

Claudia boasts an impressive career, having first started presenting TV shows in the 90s – most notably, BBC's Holiday. She went on to interview celebrities on ITV's This Morning before becoming the host of several game shows, including the dating show Three's a Crowd.

Claudia hosted Strictly spin-off show It Takes Two for many years before Zoe Ball took over from her in 2011.

In 2010, Claudia became the co-host of the Strictly results show with Tess, and in 2014 she joined the main Saturday night show following the departure of Bruce Forsyth. Alongside TV presenting, she's also worked in radio and journalism.

The mum-of-three, who is married to film producer Kris Thykier, previously opened up about her high profile job, telling The Sun: “I feel lucky for what I do but it’s a job, right?

"You take pride in it and you want to do well, but when you go home it’s all about, ‘Are we ordering a pizza or am I making a lasagne?'".