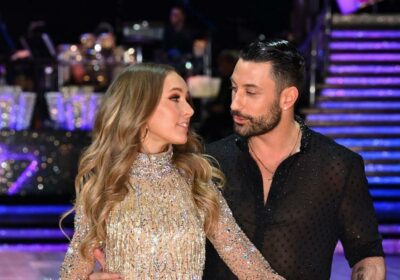 The Strictly Live UK 2022 tour has begun, with the cast of last Autumn’s Strictly Come Dancing assembling for a photocall to mark the start of the event.

This year’s tour will see many of both celebrity and professional dance favourites take to the stage to perform a variety of dances inspired by the BBC show.

In photos released for the first day of the tour, show winners Rose and Giovanni can be seen gazing at each other during a dance, with Rose wearing a shimmering jumpsuit and Giovanni looking smart in a black shirt and trousers.

Speaking about appearing on the tour, Rose said: “I have loved every minute of my Strictly journey so far, so to be able to continue it on the live tour next year is so exciting! I can’t wait to perform live in front of all the fans who have supported me through this incredible series.”

EastEnders' Maisie Smith is filling in for AJ Odudu after the presenter suffered an ankle injury and was told by doctors that she shouldn’t perform.

The 22 date tour will see Strictly favourites travel around the UK to dance for audiences, with the tour kicking off on Thursday 20 January in Birmingham and ending on Sunday 13 February in London.

The tour is already making history as the first UK arena touring show to feature a BSL interpreter at every show.

For each of the 33 shows on the tour, producers are providing a registered interpreter who will appear on two large screens on either side of the stage, meaning deaf people can sit almost anywhere in the venues to enjoy the event. After Rose and Giovanni performed their partially silent dance as part of the show last autumn, searches about sign languages online rose by almost 500 per cent.

The couple were recently forced to address rumours that Rose would not be joining the tour.

Sitting on the tour bus, he addressed his fans on Instagram Stories.

"Just a quick message to clarify all the rumours that are going around at the moment," he began, before joking: "Yes, it's true. Rose is not doing the tour at all anymore, so I will be dancing on my own, all day, every day." But before he could continue, Rose appeared from behind the phone.

Meanwhile, EastEnders actress and 2020 Strictly finalist Maisie Smith is taking the place of AJ Odudu on the tour, after the presenter suffered an injury.

AJ tore a ligament in her right ankle in December during her preparations for the 2021 Strictly final.

Speaking about joining the tour, Maisie shared: “I’m thrilled to be asked to restart my Strictly journey on this year’s arena tour. Kai and I will be dancing the Quickstep and the Samba – I can’t wait for rehearsals to start next week.

"It will be a joy to dance with everyone and so great to see my EastEnders friend Rose again. I wish AJ a speedy recovery.”

AJ shared how she was “devastated” that she wouldn’t be able to dance due to her injury.

She explained: “I had hoped for one last dance with Kai, but I must obviously follow the medical advice. I wish my Strictly family the very best of luck on the road and I’ll definitely be there to cheer them on.”

As well as the couples dances, audiences can also expect to see some group performances, as well as performances from the show’s professionals, including Nadiya Bychkova, Amy Dowden, Neil Jones, Jake Leigh and more.

The show will be judged by Shirley Ballas, Craig Revel Horwood and Bruno Tonioli who will appear together with new tour host Janette Manrara.

Stay up to date with all the latest on your favourite stars by signing up to OK!'s daily celebrity newsletter.