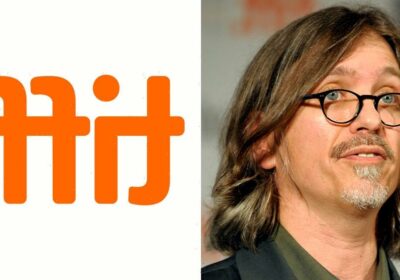 After 25 years, Toronto International Film Festival Senior Programmer Steve Gravestock has decided to retire at the end of 2022.

Gravestock has overseen the organization’s Canadian programming initiatives, including the Canada’s Top Ten film selection and the year-round See the North program, a free showcase of homegrown classics. As a programmer for the Festival, he has selected Canadian feature films since 2004 and was responsible for selections from the Nordic Region.

Many of the films he has programmed have been nominated for Academy Awards, including Petter Næss’s Elling, Mikael Håfström’s Evil, Denis Villeneuve’s Incendies, Philippe Falardeau’s Monsieur Lazhar, Susanne Bier’s In a Better World — which won the Oscar for Best Foreign Language Film in 2011 — and Joachim Trier’s The Worst Person In The World.

Gravestock has also overseen TIFF’s series of monographs on Canadian films in partnership with the University of Toronto Press. In 2005 he programmed the Canadian retrospective on Toronto filmmaker Don Owen, as well as Dialogues, an interview series that ran at the festival for nearly a decade and included John Sayles, Friðrik Þór Friðriksson, Sally Potter, Tim Roth, John Waters, Sylvia Chang, and Guy Maddin.

“Steve Gravestock is one of a kind and that’s why we love him,” said Cameron Bailey, TIFF CEO. “His knowledge of both Canadian and Nordic cinema is unsurpassed, as is his commitment to filmmakers.”

Of his time at TIFF, Gravestock said: “One of the first times I ventured into Toronto on my own from the suburbs was to see Jean-Luc Godard present À bout de souffle at the Festival of Festivals in 1978. I remember someone in the audience asked Godard what the meaning of life was and the programmer quipped that he was Godard, not God. I was at the back of the balcony at the Bloor Cinema, so I couldn’t really tell who the programmer was. I had no idea what a programmer was, or what they did, but to me it seemed like the coolest, most fun job imaginable. And so it was — more than I could have imagined. I got to travel Canada and the world, see a ton of great movies, meet some amazing artists, publish books, walk through volcanic ash, see geysers and eat free cheese with the elite of Canadian cinema.”

As previously announced, Anita Lee, TIFF’s new Chief Programming Officer, along with Kelly Boutsalis, Associate International Programmer, Canadian Features and Ravi Srinivasan, Senior Manager, Festival Programming, will continue TIFF’s commitment to celebrating and elevating Canadian programming. Following Gravestock’s departure, TIFF will reveal details about a carte blanche series — a selection of films that are of personal significance to him — that he is set to program for TIFF Bell Lightbox in 2023.