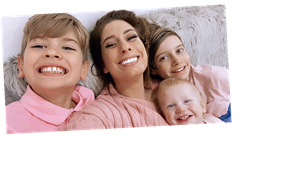 Stacey Solomon has candidly revealed she is missing her older sons Zachary and Leighton after they asked to stay longer with their dads.

Loose Women star Stacey, 31, opened up to her fans as she shared a photo of her cup of tea on Wednesday 13 January on her Instagram story.

“They wanted to stay longer at their dad’s and because they are doing school from home they can.” She then continued: “I do get sad when they don’t want to come home, but I know how happy it will make their dads and I never want to stop them from having the chance to make memories with their family.

“But oh my gosh I miss them,” Stacey penned with a sad face emoji. “It’s lovely for a couple of days less mess, less noise but then the house just feels so empty and Rex looks for them everywhere.” The X Factor star also has one year old Rex with her fiancé Joe Swash, 38.

Later, Stacey later revealed she had shockingly been criticised by a cruel troll for having different dads for her sons.

Stacey shared a screenshot of the message she had been sent from the judgemental troll, whom she kept anonymous, and shared her reaction in a clip.

The mean message read: “It must be very sad having three different dads for your boys. Always apart. Oh well I suppose you are happy about it.” Stacey appeared unfazed as clapped back in a video. Between giggles, she said: “Woah there Wilma! It’s far too early for that kind of judgement. And of course I’m happy about it, they’re the best thing that ever happened to me no matter how they happened to me.”

Loose Women star Stacey, who recently said she was made to feel ashamed while pregnant with her son Zachary at 17, then shared a message to her fans on top of the clip.

She urged her 4million followers: “Never let anyone make you feel like you’re not good enough just because things just happened to work out differently from the “norm”.

“Keep doing you the best way you know how. Unconditional Love from anywhere in different shapes, & sizes is all they’ll ever need.” [sic]