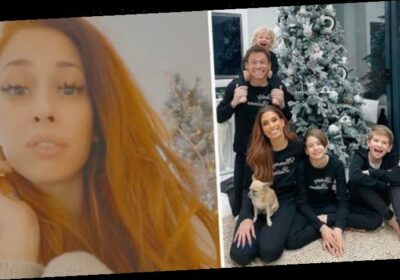 Loose Woman star Stacey Solomon, 31, took to Instagram today to share an update with fans. The newly-engaged star, who accepted a romantic marriage proposal from her boyfriend Joe Swash, 38, on Christmas Eve, said she regretted putting up extra decorations this year despite making the house look more festive during lockdown.

The mum-of-three joked that she was living in a “Christmas covered pig sty” and needed to take down all of her decorations before her eldest children returned to school.

Stacey, who regularly shares crafting tips and tricks, went for a black and white Christmas theme in her living room, making most of the decorations herself.

Much to the amusement of her now fiancé, she also put up two extra trees in her bedroom. 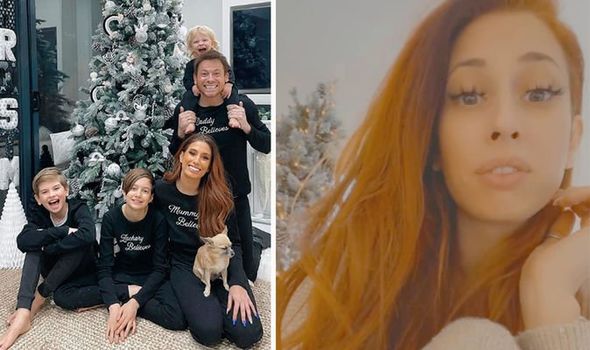 We will use your email address only for sending you newsletters. Please see our Privacy Notice for details of your data protection rights. Inside Stacey Solomon’s lavish home with new fiancé Joe Swash

“I one million per cent regret the amount of trees I decided to put up this year,” Stacey said online.

“Why have I done this to myself?” she added.

Giving another update, the TV star went on to inform fans that she was one third of the way through.

“Decorations off of one [tree]. Now just three more to go!” 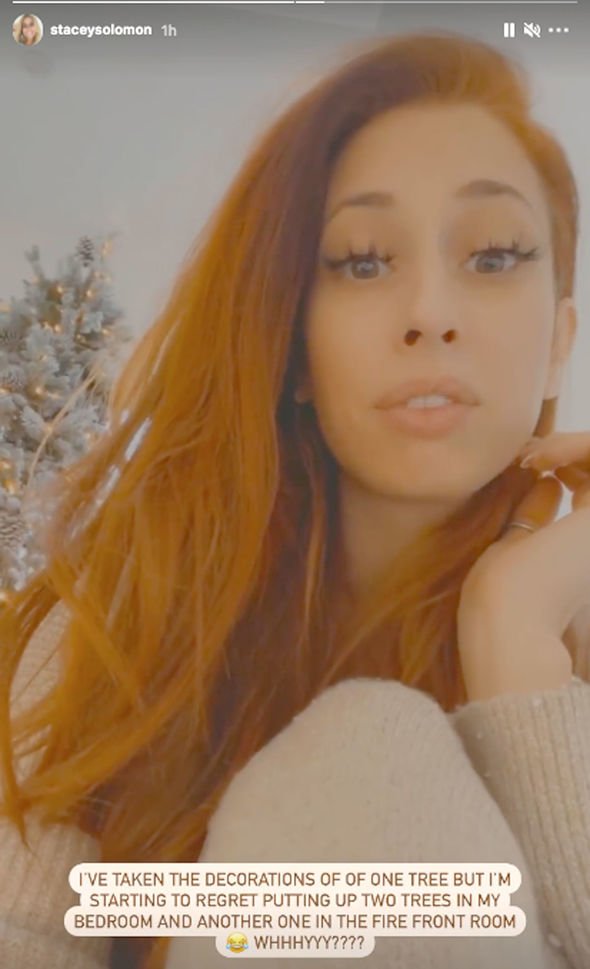 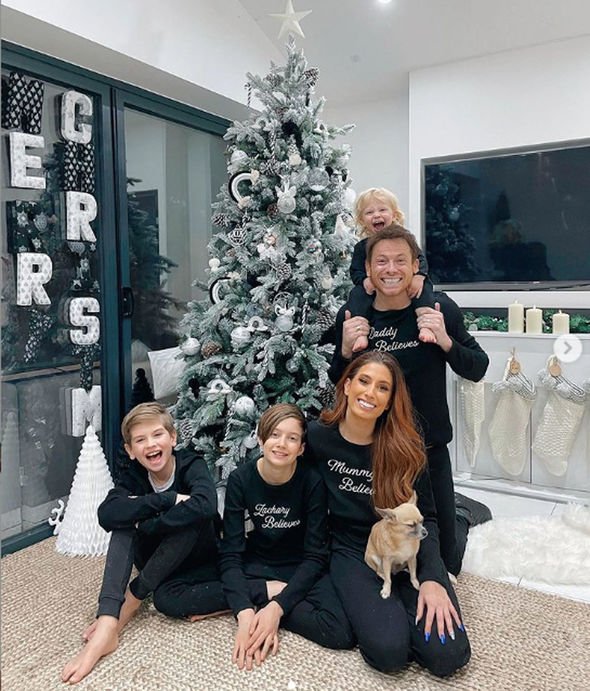 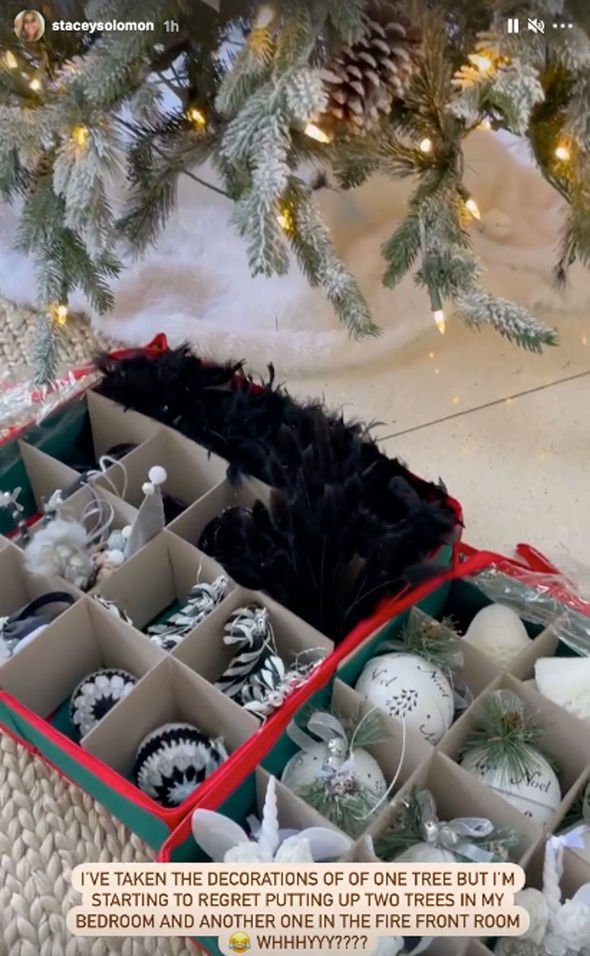 Stacey shared a similar sentiment in the caption of her post, which she shared with her 3.9 million followers.

“I’ve taken the decorations off of one tree but I’m starting to regret putting up two trees in my bedroom and another in the front room,” she said before exclaiming “Whhhyy???”(sic)

In an earlier post, the former X Factor star, who is mum to Zachary, 12, Leighton, eight, and Rex, one, said she had to get “motivated” as her eldest sons would be doing school work the following day.

Although the boys won’t physically return to their classrooms tomorrow, they will be doing their school work at home due the closure of schools amid the coronavirus pandemic.

In an early morning post, Stacey said she had enjoyed having a relaxing break over the festive period and had been “soooo lazy”.(sic)

She went on to say: “As lovely as it has been I have to get myself in gear today because everything starts up again tomorrow and it’s back to reality.

“All I know is I need to find some motivation somewhere, get the decorations away and try to start sorting my life out because right now I am living in a Christmas covered pig sty.”

On Christmas Eve, Stacey and Joe got engaged after almost four years of dating.

The couple, who have both taken part in I’m A Celebrity… Get Me Out Of Here! in the past, met in Australia when filming scenes for the spin off show Extra Camp, which Joe presented.

The ex EastEnders star proposed in their favourite place, the woods near their home, in front of a beautiful floral display and their children.

The pair have yet to set a date for their wedding.