Soulja Boy Lashes Out At Kanye West In Twitter Rant 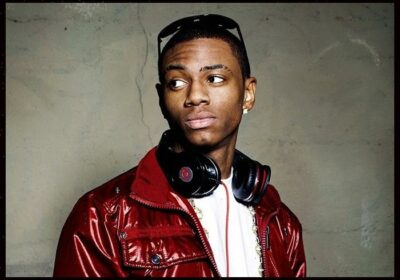 Soulja Boy lashed out at Kanye West in his latest Twitter rant in response to being dropped from Ye’s latest album Donda.

“U P***y. U really wore that trump hat too. You did a-lot of corny shit in ur career and got a pass. B***h a** n***a apologize to Taylor swift @kanyewest,” he tweeted. “If u would have ran on stage and snatched a mic from my hand I would have knocked yo a– out live on MTV.”

“Donda flopped,” he wrote in his string of tweets, despite the album already breaking streaming records around the world.

“Kanye ol pickle head ass. Bruh u lame as fuck @kanyewest on God. I might diss u everyday for the rest of my life how I’m feeling @kanyewest,” Soulja continued.

Soulja even made personal dig at West, claiming he “was the first rapper wit @KimKardashian not u.” The rapper added that he wants to fight West one-on-one.